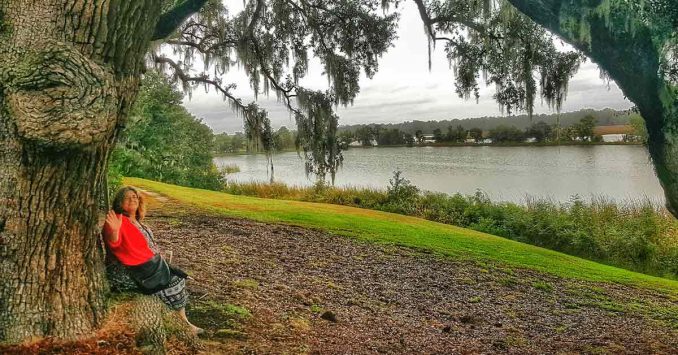 Most Advantage plans provide members with integrated Part D coverage for prescription drugs, as well as extra programs like dental and vision coverage. But Advantage plans also tend to have local service areas and much more limited provider networks than the nationwide provider access that Original Medicare offers. In short, there are pros and cons to either option.

There are Medicare Advantage plans for sale in all 46 counties in South Carolina in 2020, with plan availability ranging from 29 plans in Darlington County to 66 in Greenville County. Medicare Advantage plan availability has increased significantly in some parts of the state in recent years; as of 2019, there were only six plans available in Darlington County, and 41 in Greenville County.

Original Medicare beneficiaries have the option to purchase Medigap plans (also known as Medicare supplement plans), with the Medigap plan covering some or all of the out-of-pocket costs (for coinsurance and deductibles) that they would otherwise have to pay themselves when they need healthcare services. Original Medicare does not cap out-of-pocket costs, making Medigap coverage particularly valuable if a person ends up with extensive medical conditions. Medigap plans are issued by private insurers, but are standardized under federal rules, with ten different plan designs (differentiated by letters, A through N), making it fairly easy for consumers to compare one plan to another.

But unlike Medicare Advantage and Medicare Part D plans, there is no annual open enrollment period for Medigap plans. Instead, federal regulations allow for a six-month guaranteed-issue window that begins when a person is 65 and enrolled in Medicare Part B. After that window has closed, Medigap insurers can use medical underwriting to determine an applicant’s premium and eligibility for coverage, unless the person qualifies for one of the limited guaranteed-issue rights.

Because Medigap insurers in South Carolina are not required to issue coverage to people under 65, nearly all of them only make their plans available to applicants who are 65+. But, United American Insurance, one of the 63 insurers that offer Medigap plans in South Carolina, does offer coverage to people who are under 65 and enrolled in Medicare as a result of a disability. United American confirmed this in a phone call, but pricing would depend on the enrollee’s specific circumstances.

Instead of requiring private insurers to offer Medigap plans to people under 65, South Carolina has maintained its high-risk pool and offers three guaranteed-issue Medigap plans through the high-risk pool, for Medicare beneficiaries who are under age 65. The high-risk pool offers Plan A, Plan C, and Plan D; note that under federal rules, Plan C is only available to people who became eligible for Medicare prior to 2020. The South Carolina Health Insurance Pool (SCHIP) allows these enrollees to purchase Medigap coverage when they would otherwise be unable to do so, but at a very high cost: In 2020, Plan A is $940.05 per month, Plan C (only available to beneficiaries who became eligible for Medicare prior to 2020) is $1,194.83 per month, and Plan D is $1,060.45 per month. Although Blue Cross Blue Shield of South Carolina is the administrator for SCHIP, these are not BCBSSC plans; SCHIP is providing the coverage, and only using BCBSSC to administer the policies.

People enrolled in SCHIP Medigap plans prior to turning 65 are granted the normal six-month guaranteed-issue open enrollment period for Medigap when they turn 65, and can switch to a much lower-priced plan at that point, selecting from among all of the available Medigap options in the state.

For 2021, there are 29 stand-alone Medicare Part D plan options for sale in South Carolina, with premiums that range from about $7 to $205/month.

478,745 Medicare beneficiaries in South Carolina were covered under stand-alone Medicare Part D plans as of the fall of 2020, and an additional 345,084 had Medicare Part D coverage as part of their Medicare Advantage plans.

In 2018, per-beneficiary spending in Original Medicare averaged $9,601 in South Carolina, based on data that were standardized to account for regional differences in payment rates (the data did not include costs for Medicare Advantage enrollees).


How does Medicaid provide financial assistance to Medicare beneficiaries in South Carolina?

Our guide to financial assistance for Medicare enrollees in South Carolina includes overviews of these benefits, including Medicare Savings Programs, long-term care coverage, and eligibility guidelines for assistance.

Medicare in South Carolina: Resources for beneficiaries and their caregivers

The South Carolina Department of Insurance can provide customer service and assistance with a wide range of insurance-related issues. The Department is responsible for regulating and overseeing Medigap insurers, and also licenses the insurers that sell Medicare Advantage and Part D plans in the state (but most regulatory oversight of Advantage and Part D plans is conducted at the federal level, by CMS). The South Carolina Department of Insurance has a resource called “Making sense of health insurance after retirement,” which provides some useful information to people with Medicare and people who aren’t yet eligible for Medicare.

The Medicare Rights Center is a nationwide service that can provide a wide range of information and assistance related to Medicare enrollment, eligibility, and benefits.

This page will provide detailed information about how South Carolina Medicaid can help Medicare beneficiaries who have limited financial means.