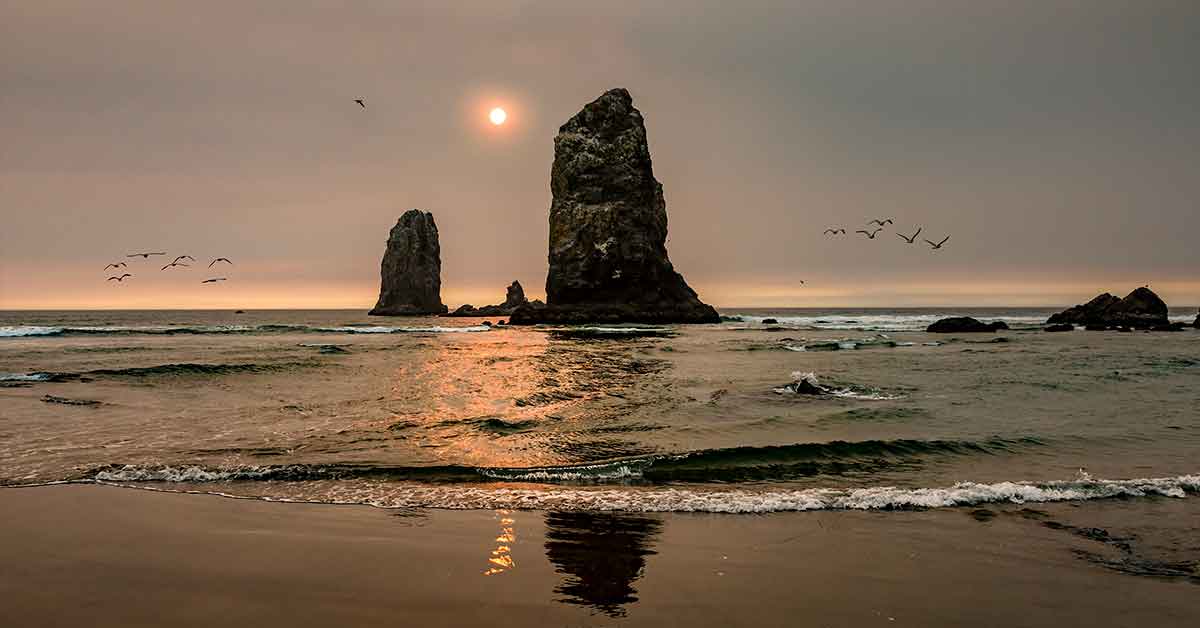 Oregon has a state-run health insurance marketplace (exchange) that uses the Healthcare.gov enrollment platform. The Cover Oregon website — which was used in late 2013 and 2014 as the state’s health insurance exchange platform — is no longer operational.

The marketplace is used by individuals and families who buy their own health insurance coverage. This includes people who retired (and lost their employer-sponsored coverage) prior to age 65, people who are self-employed, and people who are employed in a small business that doesn’t offer health benefits to workers.

Enrolling through the marketplace is the only way that Oregon residents can obtain income-based premium subsidies and cost-sharing reductions, which serve to reduce monthly premium costs and out-of-pocket costs for eligible enrollees.

When can I enroll in health coverage in Oregon?

Open enrollment in Oregon for 2021 health insurance plans ended on December 15, 2020. Outside of open enrollment, residents normally need a qualifying event in order to enroll or make changes to their coverage, but a one-time COVID-related enrollment window has been opened in early 2021, continuing through May 15, 2021. During this window, people can newly enroll in a plan through HealthCare.gov, or make a plan change if they’re already enrolled. After May 15, a qualifying event will again be necessary in order to enroll or make a plan change outside of the annual open enrollment period in the fall.

The fall open enrollment period, which begins each year on November 1, is an opportunity for enrollees to change or renew their coverage for the coming year, and to update the financial information that the exchange has on file. It’s also an opportunity for people to newly enroll in individual market coverage. The open enrollment period applies both on-exchange and off-exchange (ie, even outside the exchange, open enrollment is the only time that a person can sign up for individual market health insurance without a qualifying event).

Six insurers are offering coverage for 2021 through the Oregon health insurance marketplace, including Regence, which previously only offered plans outside the marketplace. For 2021 individual market coverage, policies are available in Oregon’s marketplace from BridgeSpan, Moda, PacificSource, Regence, Providence, and Kaiser.

Individual Oregon health insurance rate changes for 2021 varied from an average decrease of 3.5 percent to an increase of 11.1 percent. That applies to full-price premiums; rate changes for people who receive premium subsidies can be quite different, depending on fluctuations in the price of the benchmark plan in each area.

Compare plans and rates in Oregon

Utilizing federal funds to expand Medicaid coverage eligibility to 138 percent of the poverty level has played a significant role reducing the uninsured rate in Oregon.

Oregon’s “Cover All Kids” law took effect in January 2018, ensuring that all children under age 19 with household income up to 305 percent of the poverty level have access to Oregon Health Plan coverage, regardless of immigration status.

How has Obamacare helped Oregon?

In 2013, about 14.7 percent of Oregon residents did not have medical insurance – a little higher than the national average.

Despite the troubles Oregon’s health insurance marketplace experienced before switching to the HealthCare.gov enrollment platform, the state’s supportive approach to the ACA, including expanding Medicaid, resulted in a significant decrease in the percentage of residents who have no health insurance coverage. By 2018, the uninsured rate stood at 7.1 percent — less than half of what it had been pre-ACA. It climbed slightly, to 7.2 percent, as of 2019.

As of 2020, there were more than 135,000 Oregon residents with coverage obtained through the Oregon health insurance marketplace, all of whom had coverage for the ACA’s essential health benefits. More than three-quarters of them were also receiving subsidies that reduce their monthly premium costs.

Oregon started with two CO-OPs under the ACA but currently has no CO-OPs following the July 2016 closure of Oregon Health CO-OP and the 2015 closure of Health Republic Insurance.

Oregon and the Affordable Care Act

In 2010, both of Oregon’s U.S. Senators – Jeff Merkley and Ron Wyden – voted yes on the Affordable Care Act. In the U.S. House, four of the five Oregon Representatives were Democrats and voted in favor of the law; Greg Walden, a Republican, cast the only no vote, and is still the only Republican in Oregon’s congressional delegation.

Under the leadership of former Gov. John Kitzhaber, a former physician who made healthcare and healthcare reform priorities throughout his years in public service, Oregon opted to expand Medicaid and run its own exchange, known as Cover Oregon.

Medicaid expansion was a success in Oregon, but unfortunately, the state’s initial exchange rollout did not go well. The online enrollment system was inoperable for months, and the exchange had to process thousands of paper applications.

In late April 2014, the Oregon health insurance marketplace board voted to use HealthCare.gov instead of continuing to try to fix the broken website, and Oregon residents started using HealthCare.gov during 2015 open enrollment. They have continued to do so ever since, although the state is considering the possibility of eventually switching back to a state-run exchange platform.

Does Oregon have a high-risk pool?

Before the ACA was implemented, individual health insurance was medically underwritten in Oregon, as it was in nearly all states. Because medical history was a factor in eligibility for coverage, people with serious pre-existing conditions were often unable to purchase a policy in the private market, or if they received an offer of coverage, it often included a substantial rate increase or a pre-existing condition exclusion rider.

In order to address this issue, the state created the Oregon Medical Insurance Pool (OMIP) in 1990 to provide an alternative for people who were unable to get private individual health insurance.

Now that medical underwriting is no longer used in the individual market – thanks to the ACA – there is no longer a need for state-run high-risk pools. Oregon had intended to shutter OMIP at the end of 2013, but the technical problems with the exchange made it difficult for OMIP members to transition to a new plan. So Oregon created a temporary pool that provided coverage for OMIP members for the first three months of 2014. That coverage ended on March 31, 2014.

Medicare coverage and enrollment in Oregon

As of December 2020, there were 891,826 Oregon residents enrolled in Medicare plans. Most are eligible due to their age, but 13 percent are under the age of 65 and eligible for Medicare due to a long-term disability, ALS, or end-stage renal disease.

Oregon has significant protections for Medigap enrollees, including an annual “birthday rule” enrollment period, during which a Medigap enrollee can switch to any Medigap plan with equal or lesser benefits, without medical underwriting. The state also guarantees access to Medigap plans for Medicare enrollees who are under age 65 (federal law only guarantees access when enrollees are 65).

Got questions about Medicare’s open enrollment period? Our guide can help.

Gov. Brown signed OR SB1 into law March 6, 2015, which resulted in the dissolution of Cover Oregon and its board of directors. The remaining responsibilities were transferred to the Oregon Department of Consumer and Business Services. Though the act was effective immediately, the full transfer was not complete until June 2015.

Oregon HB2342 was signed into law in August 2017, granting the state the authority to take a variety of actions to stabilize the individual market, if and when federal changes are made to the ACA.

SB558 was also signed into law by Gov. Brown in August 2017, ensuring access to Oregon Health Plan (Medicaid) coverage for all children with household income up to 305 percent of the poverty level, regardless of immigration status.

Scroll to the bottom of the page for a summary of recent state-level health reform bills.