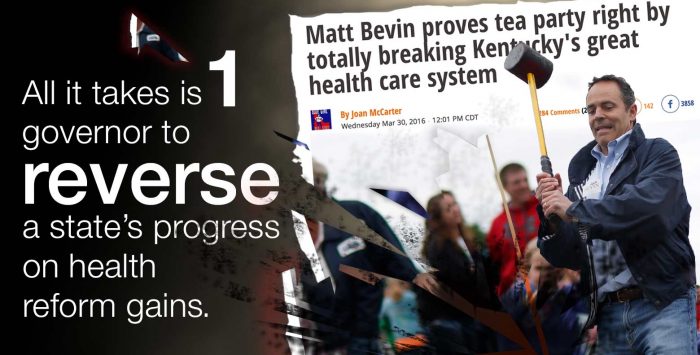 Eight years ago, President Obama campaigned on a healthcare reform platform, and the Affordable Care Act was signed into law a little more than a year after he took office. In the 2012 election cycle, healthcare reform again took center stage.

This time around, however, some congressional and gubernatorial candidates don’t even have healthcare reform as an issue on their websites. Looking at those sites, you might think that healthcare reform is yesterday’s topic.

But that’s far from the case.

Positions on health reform matter more than ever

The average rate increase in the individual market is shaping up to be somewhere around 25 percent for 2017. Several insurers across the country are opting to leave the exchanges at the end of 2016. And the coverage gap is still a major problem in the states that haven’t expanded Medicaid. In short, healthcare reform is still a work in progress.

And there are plenty of political candidates on the ballots this year who have big plans for the Affordable Care Act, Medicaid expansion, and healthcare reform in general. If healthcare reform matters to you, it’s essential that you know where the candidates stand on the issue, and that you vote.

Regardless of whether a state has already embraced healthcare reform, the outcome of the 2016 election could move the state – and the country – backwards or forwards in terms of the future of healthcare reform.

Kentucky is a great example: Under former Governor Steve Beshear, a Democrat, the state expanded Medicaid and created a state-run exchange, Kynect, that was widely regarded as one of the best in the country. But in 2015, Beshear was term-limited, and Matt Bevin was elected Governor of Kentucky.

Bevin, a Tea Party Republican, campaigned on an anti-Obamacare platform, and to the extent that he’s been able, he’s made good on his campaign promises. Bevin’s in the process of dismantling Kynect, and has proposed cuts and changes to the state’s Medicaid system to make it more “fiscally responsible.”

In 2015, despite sharing a border, Kentucky and Tennessee were worlds apart in terms of healthcare access and affordability. But under a new governor, Kentucky is backpedaling on some of the gains they made in the preceding years.

On the other end of the spectrum – but still highlighting the impact a governor can have on a state’s healthcare reform progress – Louisiana expanded Medicaid in mid-2016. Former Governor Bobby Jindal was strongly opposed to expansion, but Governor John Bel Edwards took office in January 2016, and an executive order implementing Medicaid expansion was one of his first actions as governor. (Note that this doesn’t work in states that require legislative approval for Medicaid to be expanded.)

Healthcare reform is an ongoing debate in the U.S., and there’s no doubt that the issue will continue to be addressed by Congress. And as we’ve seen with Kentucky and Louisiana, governors in some states can be very instrumental in healthcare reform changes. Some aspects of the ACA — like premium subsidies in the exchange, for example — are controlled at the federal level and are available in every state, regardless of state politics. But some issues — like Medicaid expansion — are much more dependent on state lawmakers.

In every state, this election matters. But it’s particularly important in swing states, in the states that still haven’t expanded Medicaid, and in states where healthcare reform is somewhat tenuous or has looming expiration dates on funding. Here are just a few examples of states where the outcome of the election could have a lasting impact on healthcare reform, and where the race in question is currently too close to call: 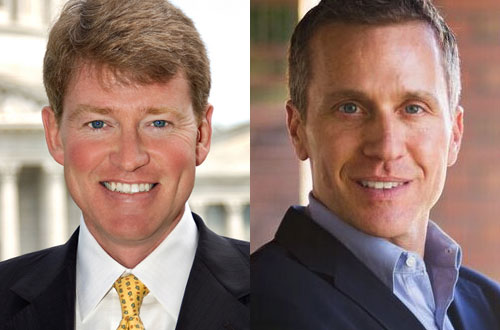 Outgoing Governor Jay Nixon has long pushed for Medicaid expansion, but his efforts have been hampered by a reluctant legislature.

Nixon is term limited, and will be replaced by either Chris Koster, who supports Medicaid expansion, or Eric Greitens, who opposes it. If Koster is elected, presumably the push for Medicaid expansion in the state will continue. If Greitens is elected and lawmakers remain unconvinced of the benefits of expansion, we can expect that the issue will not have much tailwind in the coming few years. 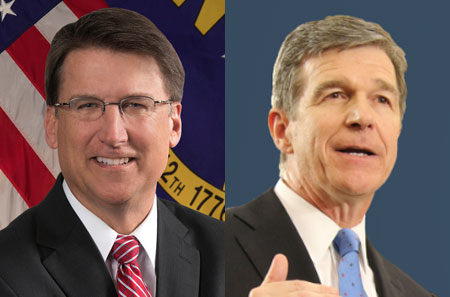 Nearly a quarter of a million people are in the coverage gap in North Carolina — only Texas, Florida, and Georgia have more people in their coverage gaps. Republican Governor Pat McCrory has gone back and forth on the issue of Medicaid expansion, but his current focus is privatizing the state’s Medicaid system first, which is expected to take a few years.

The 2016 gubernatorial race in North Carolina is one of the tightest in the country, and Democratic candidate Roy Cooper, who has been North Carolina’s Attorney General for 15 years, is “appalled” that the state still hasn’t expanded Medicaid. (He’s also wary of the transition to private Medicaid managed care organizations.) 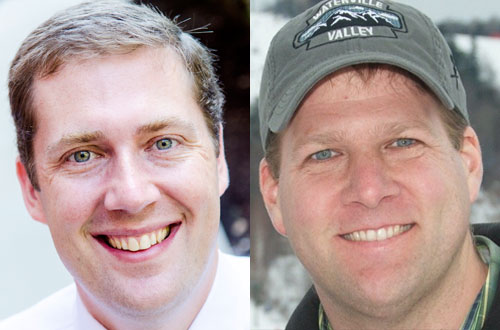 Governor Maggie Hassan, who was instrumental in expanding Medicaid in New Hampshire, opted to run for senate in 2016, leaving the governor’s office up for grabs. Hassan is still a proponent of Medicaid expansion, and notes that renewed funding for the state’s expansion should continue to be a priority (funding is currently secured through 2018), particularly in light of the opioid epidemic and access to substance abuse treatment that’s available via Medicaid. Hassan is running against incumbent Senator Kelly Ayotte, who has repeatedly voted to repeal Medicaid expansion at the federal level.

Since Hassan is running for senate, New Hampshire will elect a new governor in November. The primary election was held September 13, and Democrat Colin Van Ostern will face Republican Chris Sununu (a Libertarian and two Independents will also be on the ballot). Van Ostern supports Medicaid expansion, while Sununu opposes Obamacare and Medicaid expansion. The race is seen as a toss-up at this point. New Hampshire’s Medicaid expansion is only funded through the end of 2018, and the state uses the federally-run exchange. The outcome of the governor’s race could play a crucial role in continued progress on healthcare reform in New Hampshire. 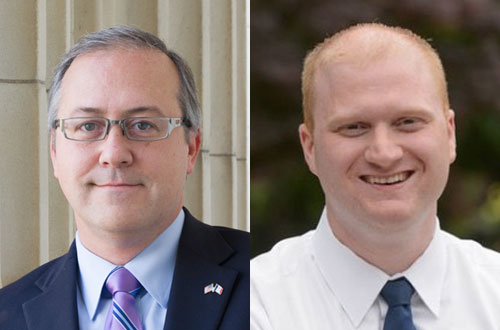 His opponent, Jim Mowrer, highlights the ACA’s success in expanding health insurance coverage as part of his campaign message. 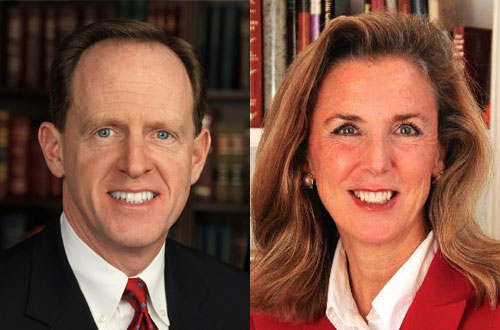 Incumbent U.S. Senator Patrick Toomey is in a close race against Katie McGinty, who formerly served as the Secretary of the Department of Environmental Protection in Pennsylvania.

Toomey is opposed to the ACA and would rather implement solutions like tort reform and selling health insurance across state lines. (Wendell Potter has a good explanation for why solutions like this aren’t likely to be successful.) McGinty, on the other hand, has promised to “defend and build on the ACA,” and notes that expanding Medicaid in Pennsylvania was “the right thing to do.”

Lawmakers in Florida’s Republican-controlled House and Senate have thus far rejected Medicaid expansion, leaving an estimated 567,000 people without any realistic access to health insurance. But a new district map for Florida’s Senate was created in 2016 to comply with anti-gerrymandering rules, and the new district lines “favor democrats slightly,” according to Ballotpedia. In addition, although Florida’s House currently has a large Republican majority, all 120 seats are up for reelection in 2016.

These are just a few examples of places where there are tight races for the governor’s office, a U.S. Congress seat, or a seat in the state legislature. Your vote will be instrumental in shaping the future of healthcare reform on the state and federal level.

Why wait until November?

The opportunity to vote early or vote by mail has become widespread in recent years. Voting early ensures that you won’t miss the election due to unforeseen circumstances on election day, and it makes voting much more convenient than it would otherwise be.

There are only 13 states that don’t have early voting and that require you to have a valid excuse if you request an absentee ballot. In 37 states and DC, there are options available if you want to cast your ballot before November 8.

Doing so allows you much more flexibility in terms of casting your vote, since you’ll have numerous voting dates from which to choose, or the option to complete your ballot at home and mail it in. If you’re unsure of the rules and pertinent dates in your state, the U.S. Vote Foundation is a great resource.

Minnesota will be the first state to open early voting in the 2016 election, on September 23. The state will be followed closely by Michigan (September 24), Vermont (September 25), Illinois (September 29), and Nebraska (October 3).