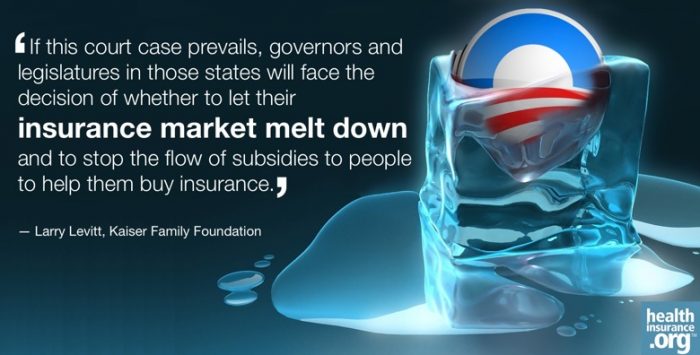 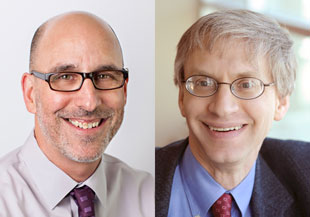 Larry Levitt is one of the nation’s leading experts on health reform. He is Senior Vice President of the Kaiser Family Foundation, where he heads the foundation’s program that tracks implementation of the Affordable Care Act.

We caught up just after election day to discuss how Republican victories might change the on-the-ground realities of health reform.

Below is a transcript of our lightly edited conversation.

Harold Pollack: So the King case reached the Supreme Court. What happened? Should we be worried about it?

Larry Levitt: I don’t think anyone really expected this case to go very far, and it’s now going to the Supreme Court. So it’s gone a lot further than any of us expected. It doesn’t really get at sort of fundamental policy issues or ideological differences like the first Supreme Court case on the Affordable Care Act, where states were upset that they were being required to expand their Medicaid programs and when people were attacking the individual mandate as an unconstitutional government overreach.

This is something that some conservative activists found in the Affordable Care Act that’s arguably a drafting error. There’s no way of knowing for sure, because none of us were in the room when it got drafted. There is some language in the Affordable Care Act which seems to suggest that states deferring to the federal government for the operation of the federal marketplaces are not eligible for the subsidies for people buying in those marketplaces. I’m not a lawyer, so I’m not going to get into the details. You know many of the lawyers, so you don’t need me to get into the details of what the legal intricacies of this case are.

From a policy standpoint, what matters is what would happen if the Supreme Court sided with the plaintiffs. It would be quite dramatic, I mean, I think much more dramatic than the election.

The Affordable Care Act has been described as a kind of three-legged stool. You’ve got the insurance-market reform that allows people with pre-existing conditions to buy coverage. To make that work, you need an individual requirement to make sure that you get healthy people, as well as sick people, into the risk pool. To make an individual requirement work, you need subsidies to make sure that people can actually afford the coverage. If you took those subsidies away, I believe that the markets would simply melt down in those states. I think premiums would rise dramatically, and frankly the ACA, as currently structured, simply could not work under those circumstances.

Harold Pollack: Because of that, everyone – Democratic and Republican – when they first heard of this lawsuit, had this universal WTF reaction. This was completely coming out of left field. At least most of the people that I know who were arguing about health policy from whatever perspective, this was the reaction. It’s sort of strange. If ACA’s goal was to coerce states to do their own exchanges, we gave them an offer that nobody noticed.

Harold Pollack: Pardon the Godfather metaphor. No one that I knew had any conception – and I don’t think any of the policy debates or any of the budget analyses or anything – had included this possibility at all. In fact, many Democrats had no particular interest in coercing states to do their own exchange. A lot of liberals kind of like the federal exchange.

Larry Levitt: Ironically enough, right? For a variety of reasons, particularly the political divisiveness of this law, we’ve ended up much closer to the original liberal Democratic version that passed the House, which called for a federal exchange.

Is there an easy fix?

Harold Pollack: So it’s a very strange turn of events. Now is there some easy fix that states could do? What do they actually have to do to set up a state exchange in order to fit the legal requirements to get these subsidies? Can they kind of wave a wand and say, “We’re now a state exchange?”

Larry Levitt: Yeah, but it takes a little more than a wand. First, states have to want to do it, and I think that would be the first conflict here, similar to what we’ve seen with the Medicaid expansion, which was an awfully good deal for states, as well, at least from a financial perspective. So I think you’d have a collision of politics and economic self-interest. States whose governors and legislatures are opposed to the law on ideological or policy ground may have trouble going along with the idea of setting up an exchange to make the law work.

Assuming a state wanted to do it, there’s a set of requirements as to what a state exchange has to do. You need a governance structure, so they’d need to figure out is this going to be a state agency? Is it going to be a non-profit with a board? They would need some staff, but probably the biggest barrier is the IT system, creating a website and an eligibility and enrollment system. As we’ve seen, that’s proven more difficult than anyone actually anticipated.

Harold Pollack: They couldn’t just contract with the federal government and say, “That’s our IT system?”

Larry Levitt: Not directly. The federal government would have to set up some arrangement where that could work, and then there would have to be some kind of contractual arrangement. It probably can’t be directly from a state to the federal government because of the way the statute is written, but a state could contract with an IT vendor, who could then use the Healthcare.gov system.

There are also some financial constraints here. When states originally set up exchanges, there was an unlimited pool of federal grant money to help them do that. That grant money is no longer available. So a state, even if they could get the IT system on the cheap, would still have to come up with some money to, you know, start-up costs.

Why is this Obama’s problem?

Harold Pollack: It’s strange, the way this case is being reported. It’s reported as if President Obama has a huge problem and conservatives have found a new vulnerability in Obamacare, etcetera. It seems to me that red states have a huge problem. Most of the blue states have their own exchanges. Not all, but most do. It’s odd that this is posed like it’s a unique problem for the President and Democrats. There are huge states, Florida, Texas, Georgia, they’re the states that really have the most at stake.

Larry Levitt: Well, I think if the King case prevailed, it would set up political crises on two levels. One is in those states that have decided not to set up exchanges on their own. If this court case prevails, governors and legislatures in those states will face the decision of whether to let their insurance market melt down and to stop the flow of subsidies to people to help them buy insurance.

But it would potentially create a crisis on the federal level, as well, I think it would be difficult for Congress to sit by and in those states where, for whatever reason, they decided not to set up their own exchanges still, there would be serious problems.

Harold Pollack: Yeah, but Congress could fix this. There is a one-sentence fix that they could do.

Harold Pollack: There’s a Republican majority in the Senate and the House coming in. I mean, it’s odd that people are thinking, “Oh, my God. This is a huge crisis for Obama,” when all these Republican states would have this incredible crisis that could be solved with something like 25 keystrokes that could be accomplished in one moment by Republicans in Congress.

Larry Levitt: Yeah, this could be fixed easily at the state level by setting up an exchange or at the federal level with very simple wording changes, but arguably, those in Congress opposed to the Affordable Care Act would have a certain amount of leverage at that point. It’s hard to know exactly where those negotiations would end.

Harold Pollack: They have leverage that comes from their willingness to see residents of their own states suffer with this. It’s like: I’m pulling out a grenade, and I’m holding it up to my own state and saying, “If you don’t give me a concession, I’m going to pull the pin out.”

Harold Pollack: Do you think that the Supreme Court is actually going to uphold this thing?

Larry Levitt: I did this last time, so I’m not going to even try and guess this time …

Will any president try something this big again?

Harold Pollack: Do you think any President of either party is ever again going to try something this big and complicated and divisive? It seems to me, if I’m thinking about climate change or if I’m a Republican thinking about some big change to Social Security, I look at Obamacare, and I just think, “You know what? I’m just not even going to try. I’m not willing to fight the First World War over this.”

Larry Levitt: Well, people said that after the Clinton health-reform debate, as well. We went through a lot of years with incremental change, and then ended up with the Affordable Care Act. But yeah. With two lessons in healthcare where arguably some elected officials got burned, yeah, I think any President would be hesitant on this.

Harold Pollack: Here ACA actually passed. And it yielded almost no political benefit to President Obama. It may put him in the history books as the person who has insured millions of people, but it consumed much of the oxygen available for his presidency.

Larry Levitt: Yeah, I know. It took an enormous amount of political capital to pass it and get it implemented, so yeah, negative political benefit, most likely. Yeah.

Part 2: Removing the heart of Obamacare