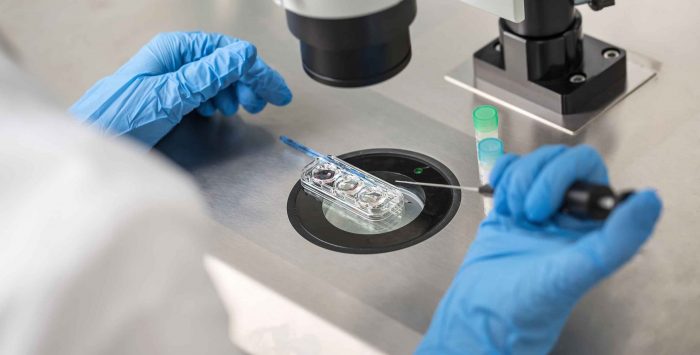 Lawmakers in Colorado and Maryland are considering legislation aimed at improving coverage of in vitro fertilization under state-regulated health plans. | Image: Shutterstock

As of 2020, California requires residents to maintain health insurance or pay a penalty – which will start to be collected on tax returns that are filed in early 2021 – and California is also offering state-funded premium subsidies in addition to the ACA’s federal premium subsidies.

But Covered California’s research indicated that there was still a widespread lack of awareness about the individual mandate and the state-funded subsidies. So the exchange is offering a special enrollment period, through April 30, during which uninsured residents can enroll in plans through the exchange and enrollees with plans purchased outside the exchange can transition to on-exchange coverage.

Last week, a three-judge panel for the U.S. Court of Appeals for the District of Columbia Circuit ruled unanimously that the Arkansas Works Medicaid work requirement should be overturned, upholding the lower court’s ruling that was issued nearly a year ago. The Medicaid work requirement in Arkansas has been paused since last spring, and the appeals court’s decision was not unexpected, as all three judges had expressed concerns about coverage losses during the oral arguments last fall.

Medicaid work requirements have been approved for several states by the Trump administration, but are currently only in effect in Utah and Michigan. In the other states, they have either been overturned, paused, delayed, or aren’t yet scheduled to take effect.

Last month, we told you about legislation that had been introduced in Indiana that would allow Farm Bureau to sell medically underwritten health plans in the state. Earlier this month, the legislation passed unanimously in Indiana’s Senate. And today, it’s scheduled for a hearing in the House Insurance Committee.

Medically underwritten Farm Bureau plans are allowed in a few other states, and are controversial: They allow healthy people an opportunity to get lower-cost coverage – particularly if they don’t qualify for premium subsidies and would otherwise have to pay the full cost of an ACA-compliant plan. But non-ACA-compliant plans can leave people in a bind depending on their future health care needs. And if healthy people abandon their ACA-compliant plans in favor of a lower-cost medically underwritten plan, the result is a less-healthy risk pool with higher per-enrollee costs, which drives up premiums for people who continue to have ACA-compliant coverage.

Virginia’s Senate passed that legislation last week, and the measure is now under consideration in the House of Delegates.

Earlier this month, we told you about legislation that had been introduced in New Mexico to create a fund that will make healthcare and health coverage more affordable in the state. That legislation passed by a vote of 41 to 25 in the New Mexico House this week.

New Mexico’s House also passed legislation last week that will expand the authority of New Mexico’s exchange board, helping to facilitate the state’s transition to a fully state-run exchange.

Last month, Colorado became the first state in the country to cap the amount people have to pay for insulin if they have state-regulated health insurance. Illinois has since enacted similar legislation, and several other states are considering legislation that would impose various caps on out-of-pocket costs for insulin.

A bill is under consideration in Kentucky that would cap out-of-pocket insulin costs at $100 a month. It has broad bipartisan support in the legislature, and is backed by Governor Andy Beshear.

And similar legislation is currently under consideration in Ohio.

Most states do not require health plans to cover in vitro fertilization (IVF) – or any fertility treatment at all. But lawmakers in Colorado and Maryland are considering legislation aimed at improving IVF coverage under state-regulated health plans.

The legislation in Colorado, which passed unanimously in the House Health and Insurance Committee last week, would require health plans to cover IVF, as well as retrieval and storage of eggs or sperm when a person is undergoing medical treatment that could damage their fertility.

Maryland does require state-regulated health plans to cover IVF, but only if the woman is married. Legislation under consideration in Maryland’s House and Senate would expand the state’s current IVF coverage requirement to apply to unmarried women, and would also reduce the amount of time a woman has to try – and fail – to conceive before insurance plans will cover IVF.