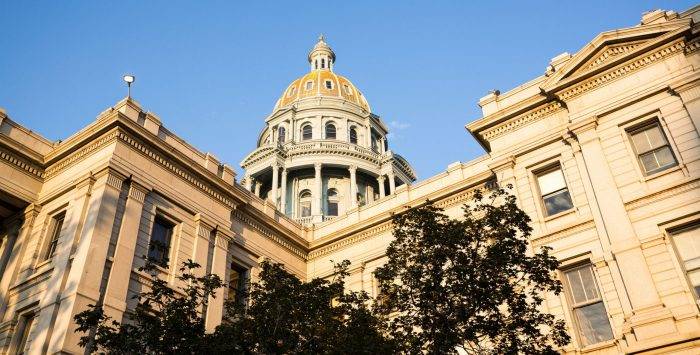 Most of the fully state-run health insurance exchanges opened up special enrollment periods this spring to address the COVID-19 pandemic. Several of them are still ongoing, including New York’s and Vermont’s. Those were scheduled to end earlier this week, but both were extended at the last minute. Uninsured residents in New York now have until July 15 to enroll in a health plan; uninsured Vermont residents have until August 14.

In every state, Medicaid and CHIP are available year-round to people who meet the eligibility criteria (which vary by state). And people in any state are allowed to enroll in an individual market health plan if they recently lost – or are about to lose – other health coverage, since that’s a qualifying event. But people who aren’t eligible for Medicaid and who don’t have a qualifying event would normally have to wait until the fall open enrollment period (November 1 – December 15) to sign up for a self-purchased health insurance plan. The COVID-19 special enrollment periods – including the ones that were just extended in New York and Vermont – give people in this situation an opportunity to enroll in coverage mid-year, even if they don’t have a qualifying event.

The COVID-19 pandemic has ravaged the American job market. Although the rate of job losses has slowed in recent weeks as businesses begin to reopen, there are still millions of Americans who are out of work. The majority of non-elderly Americans get their health insurance from an employer, so job losses tend go to hand in hand with loss of health insurance coverage – particularly alarming when the source of the job losses is a pandemic.

But the loss of an employer-sponsored health plan is a qualifying event that triggers a special enrollment period during which a person can buy coverage in the individual market – through the exchange or off-exchange. And in most states, Medicaid becomes available if a person’s monthly income drops below 138 percent of the federal poverty level (that amounts to about $1,467/month for a single person this year), even if they were earning too much to qualify for Medicaid earlier in the year.

It’s important to note, as Andrew Sprung explains here, that the availability of Medicaid for people experiencing a sudden drop in income is not as well-publicized as it should be. Nevertheless, Medicaid enrollment is increasing sharply as a result of the pandemic, even in states that haven’t expanded Medicaid. And in some states that have expanded Medicaid, enrollment is growing faster due to pandemic-related job losses than it did in 2014, when Medicaid expansion first took effect.

According to an analysis by the Georgetown University Health Policy Institute, Medicaid enrollment across a subset of 21 states grew by 2.8 percent from February to April. And the states with the sharpest Medicaid enrollment growth included Missouri and Florida, neither of which have expanded Medicaid under the Affordable Care Act.

As expected, these numbers are all significantly higher than they would normally be outside of open enrollment.

Last week, we told you about Colorado Senate Bill 215, which had passed the Senate and been sent to the House. The legislation, which is designed to make individual health coverage more affordable in Colorado, has now passed the House and been sent to Gov. Jared Polis. If signed into law, the legislation will add another five years of funding for Colorado’s existing reinsurance program, and will also provide state-based subsidies to make coverage more affordable, particularly for people with modest incomes (up to 300 percent of the poverty level) who aren’t eligible for the ACA’s premium subsidies. This includes people subject to the family glitch as well as undocumented immigrants.

In guidance issued last Friday, CMS announced that health insurers will have the option to estimate and prepay medical loss ratio (MLR) rebates this summer. The rebates are normally paid in a lump sum by the end of September, or credited to premiums that are due on or after September 30. This year, CMS is allowing insurers to estimate the MLR amounts (which are expected to be much larger than they’ve been in prior years), and issue rebates to consumers earlier than normal. Especially for insurers that provide premium credits, this could help to offset premiums that people will owe over the next several months, making it easier for people to maintain their coverage.

Late last week, HHS and the Office for Civil Rights published a new final rule for how Section 1557 of the ACA should be interpreted. Section 1557 provides broad framework for non-discrimination in healthcare, but as with many aspects of the ACA, specific guidance was left to HHS. The Obama administration had published a final rule in 2016 that extended nondiscrimination protections to include termination of pregnancy, gender identity, and sex stereotyping. The new rule replaces the 2016 rule, and significantly rolls back the nondiscrimination protections that the Obama administration had put in place.

HHS had published the proposed rule change last summer, and received nearly 199,000 comments on its proposal (as opposed to about 25,000 comments that were submitted in 2015, when the initial Section 1557 implementation rules had been proposed under the Obama administration). But the final rule that was issued last week was mostly unchanged from what the administration had proposed last summer.

The final rule is wide ranging, and includes a rollback of the Obama-era requirement that healthcare entities provide tag lines in multiple languages on various communications they send to consumers. But one of the most significant changes was the elimination of nondiscrimination protections for transgender Americans in terms of their health insurance coverage and access to healthcare.