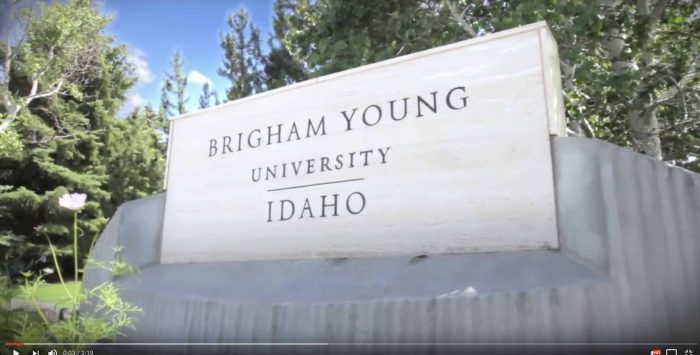 Students at BYU-Idaho are petitioning the school to allow students to select their own health coverage – including Medicaid if they’re eligible for it. | Image: Screenshot from BYU Idaho Campus Tour | YouTube

Welcome to this week’s round-up of state-level health reform headlines:

BYU-Idaho students push back over school’s rejection of Medicaid

Medicaid expansion takes effect in Idaho in January, and nearly 40,000 residents have already enrolled. But as we discussed last week, BYU-Idaho has decided to no longer allow students with Medicaid to waive the school’s health plan (which is not considered minimum essential coverage). The school has thus far refused to provide an official explanation for the change, and it does not apply to other BYU campuses. So students at BYU-Idaho have started a petition – which has more than 6,000 signatures – asking the school to allow students to select their own health coverage, including Medicaid if they’re eligible for it. Reclaim Idaho, which was instrumental in passing Idaho’s Medicaid expansion ballot initiative last year, has added its support to the students’ petition.

Colorado officials have published their final recommendations for a state option health plan that’s slated to become available to Colorado’s individual-market consumers in the fall of 2021, for coverage effective in 2022. The proposal calls for the plans to be offered by private insurers, but with standardized plan designs, medical loss ratios of at least 85 percent, and state regulations for hospital reimbursement amounts. These plans will have lower premiums, benefitting people who pay full price for their coverage. But the lower premiums will also result in smaller premium subsidies. So the state is recommending a 1332 waiver to recapture the subsidy savings and use the money to provide better benefits and/or more financial assistance to people who get premium subsidies in Colorado’s exchange.

In a related article, Andrew Sprung suggests that states could consider public/state option plans, but only offer them outside the exchange. That would achieve the goal of providing lower-cost options for people who don’t get premium subsidies, but would avoid the subsidy reductions that are triggered when lower-cost plans are introduced on the exchange.

Lawmakers in Connecticut considered legislation to create a reinsurance program in 2018 and again in 2019. Neither bill passed, however, as lawmakers were unable to agree on how to fund the state’s portion of the cost. But a legislative panel has been working recently to sort out the details of a reinsurance program, in hopes that legislation can be enacted during the 2020 session. Twelve other states have already used 1332 waivers to create reinsurance programs that are bringing stability and lower premiums to their individual insurance markets.

Since 2014, Pennsylvania has had a fully federally run health insurance exchange. But the state has transitioned this fall to a state-based exchange using the federal platform (SBE-FP), and will transition to a fully state-run exchange next fall. The Pennsylvania exchange board has selected GetInsured as an exchange vendor, and the state insurance department has published its proposed 1332 waiver for a reinsurance program that’s expected to take effect in 2021. Pennsylvania’s insurance department is accepting public comments on the 1332 waiver proposal through December 14.

When John Bel Edwards became governor of Louisiana nearly four years ago, his first executive order was to get the ball rolling on Medicaid expansion in the state. The expansion took effect in mid-2016, and nearly 467,000 people have coverage as a result. Gov. Edwards narrowly won reelection last weekend. His GOP opponent, Eddie Rispone, had said during the campaign that he would “freeze” Medicaid expansion eligibility as governor. The logistics of that were unclear, but freezing enrollment would likely have faced legal challenges, and would certainly have put low-income Louisiana residents at a disadvantage in terms of access to health coverage.

In 2015, North Carolina enacted legislation that called for the state to transition to a Medicaid managed care program. Enrollment in the managed care system began this fall – 70,000 people had already selected a plan – and the contracted private insurers were slated to take over enrollees’ coverage as of February. But the transition has been halted indefinitely because the legislature has adjourned for the year and funding for the transition to Medicaid managed care had not been allocated. (Enrollees will continue to receive Medicaid fee-for-service coverage, just as they have in the past.) Lawmakers did pass a funding package this year, but refused to include Medicaid expansion. So Gov. Roy Cooper – who has long pushed for Medicaid expansion in the state – vetoed the measure, and there has been an impasse ever since.