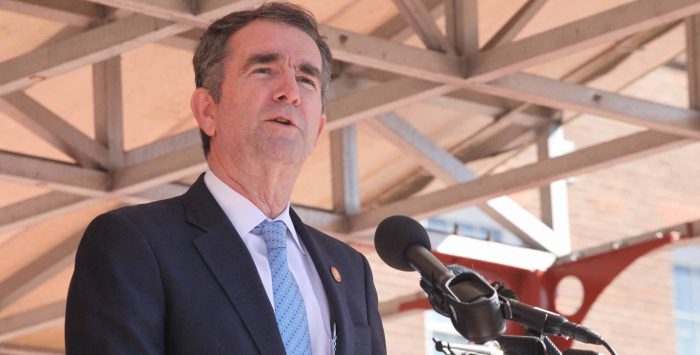 Virginia Gov. Ralph Northam is considering a transition to a state-run health insurance exchange, as well as a reinsurance program that could reduce premiums in the state’s individual insurance market. Photo credit: Eli Wilson/Shutterstock

Last December, a federal judge agreed that the ACA should be overturned. The case was appealed, and a decision from the 5th Circuit Court of Appeals is expected soon. The U.S. Department of Justice has declined to defend the ACA, and agreed with the lower court’s opinion that the ACA should be overturned. But the DOJ has also asked the appeals court to overturn the ACA only in the 18 GOP-led states that are plaintiffs in the lawsuit.

The outcome of Texas v. U.S. is still up in the air, but the plaintiff states are certainly facing a conundrum. They oppose the ACA on political grounds and are fighting to overturn it, although they certainly don’t have the funding to provide the sort of coverage to their residents that the ACA does. But some of them have been working to codify at least a modicum of consumer protections into state law, in case they’re successful in tearing away the federal protections – and funding – provided by the ACA. The irony is strong, given that their efforts to shore up consumer protections at the state level wouldn’t be necessary if they weren’t simultaneously working to overturn the ACA:

Legislative committee in Wyoming votes in favor of Medicaid expansion

Wyoming is one of 14 states that has not expanded Medicaid, and the state’s GOP-dominated legislature has steadfastly rejected expansion. But lawmakers on the state’s Joint Interim Revenue Committee voted 8-5 in favor of Medicaid expansion this week. The measure will still have to be considered by the full legislature during the 2020 session, but some of the “yes” votes came from lawmakers who had opposed expansion in the past.

Earlier this year, Utah partially expanded Medicaid to cover adults with income up to the poverty level. But the federal government rejected Utah’s request for Medicaid expansion funding because the state wasn’t fully expanding coverage. (Utah has been receiving its regular federal funding for the newly eligible enrollees). Utah has now submitted its backup plan to CMS, proposing full Medicaid expansion, albeit with various modifications including premiums for some enrollees and a work requirement.

Enrollment in Idaho’s Medicaid expansion began November 1 with coverage effective January 1, and more than 38,000 people have already signed up. But starting in January, BYU-Idaho will no longer accept Medicaid as an alternative to its student health insurance plan. Somewhat ironically, BYU’s student health plan is not considered minimum essential coverage under the ACA, while Medicaid is. (Self-insured student health plans – such as BYU-Idaho’s – are not subject to ACA regulations).

Newly blue Virginia may create its own health insurance exchange

With Virginia’s legislature led by Democrats after last week’s election, Governor Ralph Northam is considering a transition to a state-run health insurance exchange, as well as a reinsurance program that could reduce premiums in the state’s individual insurance market. Charles Gaba has the details at ACA Signups.

When patients inadvertently or unknowingly receive care from out-of-network providers, they can end up receiving shockingly large medical bills. More than half of the states have enacted at least some measures to protect consumers in these situations, although they only apply to state-regulated plans (ie, plans that aren’t self-insured). Michigan may soon join the list, as lawmakers are currently considering two bills designed to protect patient from surprise balance billing.