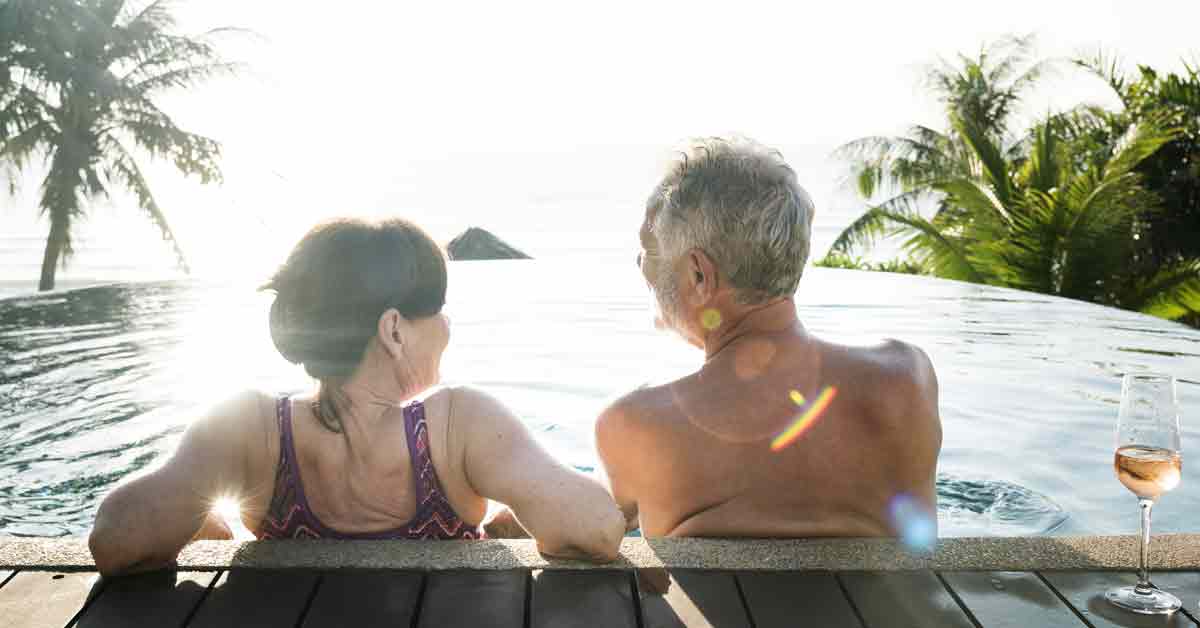 Extended enrollment opportunity for Californians in areas affected by 2020 wildfires

CMS has extended Medicare open enrollment through December 31 in 20 California counties in response to wildfires that ravaged the state in 2020.

But if you’re in one of the California counties where FEMA issued a disaster declaration due to the 2020 wildfires (or if you live elsewhere but depend on enrollment assistance from a friend or family member who lives in one of those counties), you’ve got additional time to make a Part D or Medicare Advantage plan selection for 2021.

If you’re eligible for this extended enrollment opportunity and you complete the plan selection by December 31, your coverage will take effect January 1, just as it would have if you’d completed the enrollment by December 7.

Want to learn more about this special enrollment period? Talk with a licensed Medicare advisor at 1-844-309-3504.

For most Americans, Medicare coverage enrollment goes along with turning 65. But Medicare eligibility is also triggered when a person has been receiving disability benefits for 24 months (people with ALS or end-stage renal disease do not have to wait 24 months for their Medicare enrollment). Nationwide, 15 percent of all Medicare beneficiaries are eligible due to disability. It’s a little lower in California, though, with just 12 percent of Medicare beneficiaries enrolled due to a disability.

Medicare beneficiaries can choose to receive their benefits directly from the federal government via Original Medicare or enroll in private Medicare Advantage plans.

Medicare Advantage includes all of the basic coverage of Medicare Parts A and B, and these plans generally include additional benefits — such as integrated Part D prescription drug coverage and extras like dental and vision — for a single monthly premium. But members of Medicare Advantage plans may be required to use a limited provider network for the Medicare plan they select, and total out-of-pocket costs (like deductibles, co-payments, or co-insurance) may be higher than they would be under Original Medicare plus a Medigap plan. There are pros and cons to either option, and no single solution that works for everyone.

Although Medicare is funded and run by the federal government, enrollees can choose whether they want to receive their benefits directly from the federal government via Original Medicare or enroll in a Medicare Advantage plan offered by a private insurer, if such plans are available in their area. There are pros and cons to Medicare Advantage and Original Medicare, and no single solution that works for everyone.

Original Medicare does not limit out-of-pocket costs, so most enrollees maintain some form of supplemental coverage. More than half of Original Medicare beneficiaries receive their supplemental coverage through an employer-sponsored plan or Medicaid. But for those who don’t, Medigap plans (also known as Medicare supplement plans) are designed to pay some or all of the out-of-pocket costs (deductibles and coinsurance) that Medicare beneficiaries would otherwise have to pay themselves.

Medigap plans are sold by private insurers, but the plans are standardized under federal rules, with ten different plan designs (differentiated by letters, A through N). The benefits offered by a particular plan (Plan C, Plan K, etc.) are the same regardless of which insurer is selling the plan. So plan comparisons are much easier for Medigap policies than for other types of health insurance; consumers can base their decision on premiums (and how premiums change over time) and less tangible factors like customer service, since the benefits themselves are uniform. All Medigap insurers must offer at least Plan A. And if they offer any other plans, they must offer at least Plan C or Plan F to enrollees who were already eligible for Medicare prior to 2020, and at least Plan D or Plan G to enrollees who become eligible for Medicare in 2020 or beyond.

Unlike other private Medicare coverage (Medicare Advantage plans and Medicare Part D plans), federal rules do not provide an annual open enrollment window for Medigap plans. Instead, federal rules provide a one-time six-month window when Medigap coverage is guaranteed-issue. This window starts when a person is at least 65 and enrolled in Medicare Part B (you must be enrolled in both Part A and Part B to buy a Medigap plan). But California law gives Medigap enrollees a 30-day window each year, following their birthday, when they can switch to any other Medigap plan with equal or lesser benefits, without medical underwriting.

People who aren’t yet 65 can enroll in Medicare if they’re disabled and have been receiving disability benefits for at least two years, and more than 700,000 Medicare beneficiaries in California are under 65. Federal rules do not guarantee access to Medigap plans for people who are under 65, but the majority of the states, including California, have stepped in to ensure at least some access to private Medigap plans for disabled enrollees under the age of 65 (federal legislation, including 2018’s H.R.6431, has been considered to expand access to Medigap plans to all Medicare beneficiaries, regardless of age, but the rules have thus far not changed).

This is important, because prior to 2021, federal rules also allowed Medicare Advantage plans to reject new applicants with end-stage renal disease, unless the plan was a special needs plan specifically designed for ESRD patients (such plans were not available in most of the state, meaning that ESRD patients had no option to cap their out-of-pocket costs unless they had access to a supplemental employer-sponsored or retiree plan). But this has changed as of the 2021 plan year, under the 21st Century Cures Act. Starting with 2021 coverage, Medicare Advantage plans are guaranteed-issue for all Medicare beneficiaries, including those with ESRD.

California’s statute allows Medigap insurers to charge higher premiums for people under age 65. But coverage must be guaranteed-issue during the six months after a person enrolls in Medicare Part B (regardless of age) or the six months after a person is determined to be retroactively eligible for Medicare Part B. And insurers cannot pay differing broker commissions based on the age of the Medigap enrollee (ie, insurers are not allowed to use lower commissions to dissuade brokers from selling Medigap plans to people under age 65).

Insurers in California are offering 32 stand-alone Part D plans for sale in 2021, with premiums that range from about $7 to $130/month.

As of October 2020, there were nearly 5.1 million Medicare beneficiaries in California with Part D prescription coverage. More than 2.3 million had stand-alone Medicare Part D plans, while more than 2.8 million had Medicare Advantage plans with built-in Part D coverage.

Medicare Part D enrollment is available when a beneficiary is first eligible for Medicare, and also during the annual open enrollment period each fall, from October 15 to December 7.

In 2018, Original Medicare’s average per-beneficiary spending in California was $9,868, based on data standardized to eliminate regional differences in payment rates (the data did not include costs for Medicare Advantage).


How does Medicaid provide financial assistance to Medicare beneficiaries in California?

Our guide to financial assistance for Medicare enrollees in California includes overviews of these benefits, including Medicare Savings Programs, long-term care coverage, and eligibility guidelines for assistance.

Medicare in California: Resources for Medicare beneficiaries and their caregivers