If you're not legally married, your premium tax credits will be calculated separately, based on each partner's individual income. | Image: rawpixel.com / stock.adobe.com

If you're not legally married, your premium tax credits will be calculated separately, based on each partner's individual income. | Image: rawpixel.com / stock.adobe.com

We’re in a same-sex civil union. Should we calculate our subsidy as a household of two, or apply separately?

Home > FAQs > We’re in a same-sex civil union. Should we calculate our subsidy as a household of two, or apply separately?

Q. My partner and I are in a same-sex civil union. For subsidy calculation, does the health insurance exchange count our income together as a household of two, or do we each apply separately based on individual income?

A: Since you’re not legally married, your premium tax credits will be calculated separately, based on each partner’s individual income. For tax purposes, the federal government does not recognize civil unions or domestic partnerships as marriage.

Following the Supreme Court ruling in 2013 that the Defense of Marriage Act (DOMA) was unconstitutional, CMS released a bulletin explaining that to the IRS, marriage is marriage: whether the partners are same-sex or opposite-sex, legally married couples are treated the same for tax purposes – including ACA premium tax credits.

In June 2015, the Supreme Court ruled that same-sex marriage is legal nationwide. Following the Supreme Court’s 2015 ruling, some states converted their existing civil unions to marriages. But a handful of states still permit new civil unions, although it’s unclear if they will continue to do so long term.

As long as married same-sex couples file a joint tax return and do not have affordable minimum essential coverage available from an employer, they are eligible for premium tax credits if their joint income is in the subsidy-eligible range. Normally, there is an income cap for subsidy eligibility, equal for 400% of the federal poverty level. But for 2021 and 2022, the American Rescue Plan has eliminated the income cap. Instead, subsidies are available to households with income above that level as long as the benchmark plan would cost more than 8.5% of the household’s income.

Married opposite-sex couples who file separately are not eligible for premium tax credits, and the same is true for same-sex couples who are legally married but file separate tax returns. Partners in a civil union file their taxes separately and are not considered married as far as the IRS is concerned. So their premium tax credits are determined separately, with each person’s tax credit based on their own income and insurance premiums. 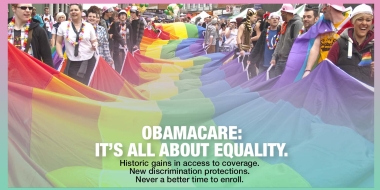 LGBT gains under ACA are all about equality

If you’re not lesbian, gay, bisexual or transgender, it might be tough to appreciate just how important the Affordable Care Act is to the LGBT community. Thanks to the ACA, ...

One more reason to celebrate: Getting married is now a qualifying life event for same-sex couples. 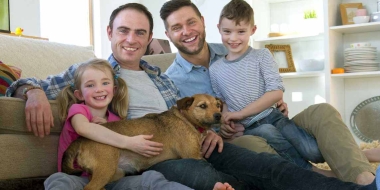 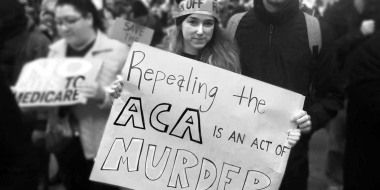 50 ways to lose your coverage

Unfortunately, the average American doesn't seem to have a good sense of what repeal could cost them. Many aren't even certain that they've gained anything from the law. So to ... 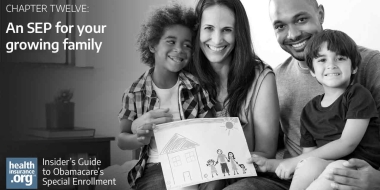 An SEP for your growing family

If your family grows during the year, you're eligible for a special enrollment period. There are several situations that can trigger the SEP in this case, but there are also ...
0 0 votes
Article Rating
Subscribe
0 Comments
Inline Feedbacks
View all comments
wpDiscuz
0
0
Would love your thoughts, please comment.x
()
x
| Reply