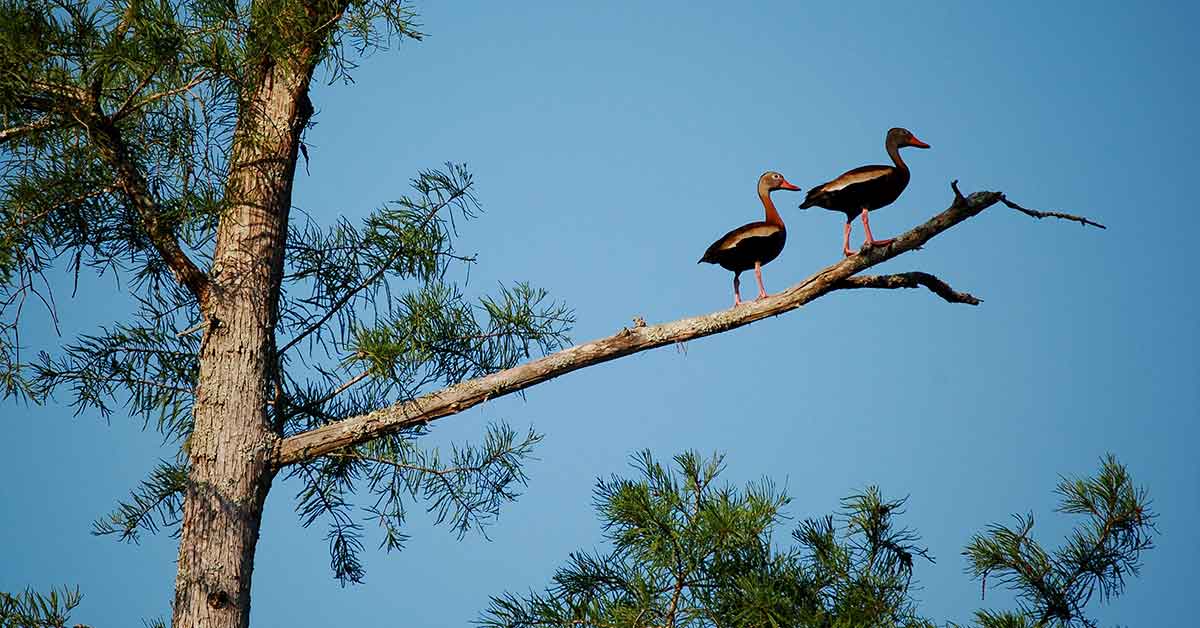 Ducks in tree in Cajun swamp | by jc.winkler

As of 2020, Christus joined three other insurers – Blue Cross and Blue Shield of Louisiana, HMO Louisiana, and Vantage Health Plan – in offering medical insurance plans through Lousiana’s health insurance marketplace. Service areas vary from one insurer to another, however, so plan availability varies across the state.

At ACA Signups, Charles Gaba calculated an average rate increase of 11.7 percent for Louisiana’s individual health insurance marketplace for 2020; the state is one of only three in the country that had double-digit premium increases for 2020.

All four insurers will continue to offer plans in the Louisiana exchange in 2021. They have proposed overall average rate increases that range from about 2.7 percent to 9.5 percent, which once again amounts to larger proposed increases than we’re seeing in most other states.

Enrollment in private plans through Louisiana’s exchange had dropped to a record low of fewer than 88,000 people by the end of the open enrollment period for 2020 coverage (more than 214,000 people had been enrolled as of 2016). But Louisiana expanded Medicaid in mid-2016, resulting in a substantial number of low-income people — many of whom had been enrolled in heavily subsidized private plans through the exchange — gaining eligibility for Medicaid instead, and transitioning away from their private coverage (in many other states, Medicaid expansion took effect in 2014, at the same time that exchange enrollment initially became available, so the sort of enrollment shifting that happened in Louisiana from 2016-2018 didn’t happen in those states).

Compare plans and rates in Louisiana

Open enrollment for 2021 health insurance plans ran from November 1 through December 15, 2020. Louisiana residents with qualifying events can still enroll or make changes to their medical insurance for 2020.

But Louisiana implemented the Affordable Care’s Medicaid coverage expansion in June 2016. As of August 2020, more than 538,000 people were enrolled in expanded Medicaid coverage in Louisiana. This was a substantial increase from the end of 2019, when about 456,000 people had been enrolled. But the COVID-19 pandemic has been driving Medicaid expansion higher nationwide, as job losses and income reductions make people newly eligible for Medicaid coverage — including people who were previously employed (and potentially enrolled in health coverage offered by their employers) or running a small business.

Current federal regulations allow short-term health insurance plans to have initial terms of up to 364 days, and total duration – including renewals – of 36 months. But the regulations are clear in noting that states may continue to have more restrictive rules.

Louisiana state insurance regulations limit initial duration of short-term health insurance plans in Louisiana to six months, but only if the insurer looks back more than 12 months to determine whether the applicant has pre-existing medical conditions. If the insurer only considers the applicant’s past 12 months of medical history, the plan can have an initial duration of up to 364 days. Some of the insurers that offer short-term health insurance plans in Louisiana do look back more than 12 months when considering an applicant’s medical history, so their plans are capped at six months.

The state does not, however, limit or prohibit renewal of plans, nor subsequent purchases of additional short-term health insurance coverage.

How has Obamacare helped Louisiana?

And Medicaid expansion has helped hundreds of thousands of low-income Louisiana residents obtain coverage and life-saving treatment: 538,122 people were enrolled in expanded Medicaid as of August 2020, and nearly three-quarters of them had been to the doctor at least once during the year.

Louisiana and the Affordable Care Act

Louisiana’s Senate delegation is currently entirely Republican — Bill Cassidy and John Kennedy, both of whom are opposed to the ACA. Cassidy in particular, played a pivotal role in 2017 in the GOP’s ultimately unsuccessful efforts to repeal the ACA. In the House of Representatives, Louisiana has just one Democrat (Cedric Richmond), who supports the ACA.

At the state level, Louisiana’s legislature is dominated by Republicans, and the ACA has not gained traction. While legislation to establish a state-run health insurance marketplace was considered, it did not pass.

Gov. Jindal was replaced in 2016 by John Bel Edwards, a Democrat who supports the ACA. One of Edwards’ first actions as governor was to expand Medicaid coverage in Louisiana.

Does Louisiana have a high-risk pool?

The Louisiana Health Plan was created in 1992 in order to provide a coverage option for state residents who couldn’t get private plans in the individual market because of their medical histories.

But Obamacare’s guaranteed issue provision means that pre-existing conditions are now covered on all policies, and are no longer factored into the application process. As a result, the need for high-risk pools no longer exists the way it once did. The Louisiana Health Plan terminated all coverage on December 31, 2014, per the terms of House Bill 638 (passed in June, 2013). Members were able to transition to new ACA-compliant plans instead.

The ACA’s Consumer Operated and Oriented Plan (CO-OP) Program was established to promote market competition through nonprofit, consumer-run health insurance companies. Twenty-four CO-OPs received loans totaling $2.09 billion as of January 2014, but most failed in the first few years and only three will still be operational as of 2021.

On July 24, 2015, Louisiana’s CO-OP announced it would continue to cover enrollees until the end of the year but would not sell plans in 2016. People who were enrolled in Louisiana Health Cooperative plans in 2015 needed to transition to plans offered by other insurers for 2016.

Medicare coverage and enrollment in Louisiana

Scroll to the bottom of this page to see a summary of recent Louisiana legislation related to health care reform: