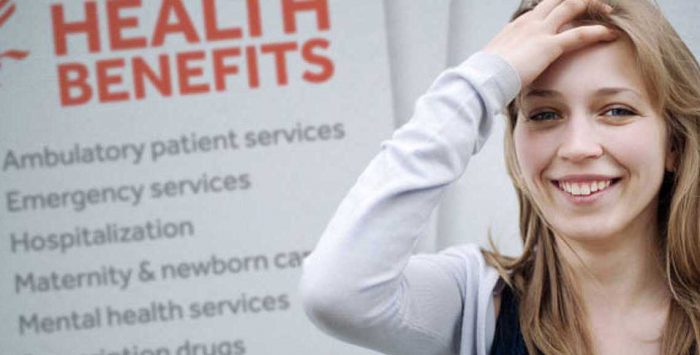 Prior to 2014, the coverage available in the major medical health insurance market ran the gamut from robust to terrible. While there were plenty of solid plans with comprehensive coverage, there were also health insurance policies that were riddled with exclusions, even for things most of us would consider essential, like maternity care, rehabilitation following an injury, or even prescription drugs.

Most large companies with deep pockets were already providing comprehensive coverage for their employees prior to 2014, and federal law has required that they cover pregnancy and childbirth since the late 70s. But policies sold to individuals and small employers were sometimes of poor quality and littered with gaps in coverage in the days before the Affordable Care Act reformed the medical insurance landscape.

Prior to 2014, very few individual major medical health insurance plans were providing coverage for all ten of the essential health benefits that are now standard on all plans purchased since January 1, 2014. It was particularly common for these plans to exclude maternity care, mental health and substance abuse treatment, and to limit or exclude prescription drug coverage (some plans “covered” prescription drugs but only generic medications, for example).

But under the health care reform legislation that President Obama signed in 2010, all individual and small group major medical plans effective on or after January 1, 2014 (including plans sold through the exchanges and outside the exchanges) must include coverage for these ten essential health benefits—EHBs—with no annual or lifetime dollar limit:

Benchmark plan specifies how EHBs are covered, and states have flexibility in selecting/creating the benchmark plan

Lawmakers tasked with creating the ACA believed that if a patient moves from Portland, Oregon to Portland, Maine, he should be confident that his policy still will include these basic benefits. At the same time, they recognize that both patient expectations and the way doctors practice medicine are different in different parts of the country.

This is why the Department of Health and Human Services (HHS) gave the states the freedom to model their benchmark plan (ie, the plan that serves as a minimum standard on which all new plans are modeled, including the specifics in terms of how essential health benefits are covered) for individuals and businesses on either:

Starting with the 2020 plan year, HHS granted states more flexibility in setting the benchmark plan (this rule change was allowed as part of the 2019 Benefit and Payment Parameters), giving states the option to use one of the above methods, or:

States that opt not to exercise the new flexibility can continue to use the same EHB-benchmark plan that they used for 2017-2019. Current benchmark plan details for each state are available here.

Due to benchmark plan variations, EHB coverage specifics vary from state to state

Because minimum coverage requirements for EHBs are specifically defined in each state’s benchmark plan, the details of the coverage vary from one state to another. We can look at physical therapy—which is part of the habilitative/rehabilitative EHB—for a good example of how this works in a couple of states:

This is just one example of how “covered” doesn’t mean covered in the same way from one state to another. It all depends on the benchmark plan in your state, as well as state-specific benefits mandates that a state has implemented via the legislative process (for example, requiring all state-regulated health plans to cover male contraception, which goes beyond what the federal government requires in terms of contraceptive coverage).