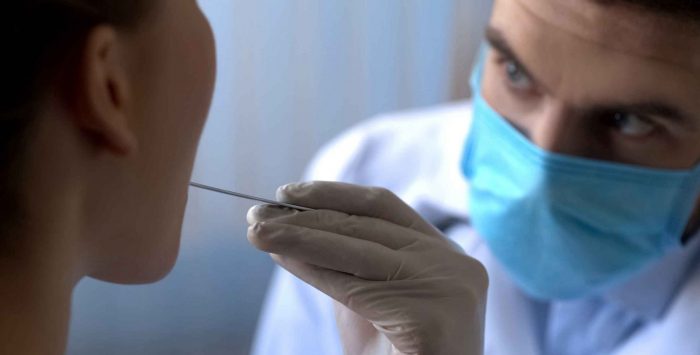 New Mexico has gone a step further than most states, requiring insurers to cover medical services related to COVID-19 as well as influenza and pneumonia. | Image: motortion / stock.adobe.com

Much of normal life in America has ground to a halt in the last week. Schools and restaurants have shut down in many areas, travel plans have been put on hold, and the official recommendation is for people to stay home if at all possible in order to slow the spread of COVID-19.

In the midst of all this uncertainty, there are widespread questions about health insurance coverage for COVID-19. And people without health coverage are facing an even more perilous situation than usual.

Here’s our look at what’s happening at the state level to address these issues:

The list of state-run exchanges offering a special enrollment period to address the COVID-19 crisis continues to grow. As of Wednesday, seven state-run exchanges are offering SEPs directly triggered by the pandemic, and two others have ongoing SEPs for uninsured residents:

Colorado’s Department of Insurance has published a draft proposal calling for a special enrollment period from March 20 through April 3 that would allow people who are currently uninsured to enroll in a plan through the state-run exchange or directly through an insurer. The Department is accepting comments on this proposal through March 19, so the details could change before it’s finalized.

We’re tracking special enrollment periods related to COVID-19 and we’ll continue to update the page as more information becomes available, so you can bookmark it for future reference.

In the early hours of Saturday morning, the U.S. House of Representatives passed H.R.6201, the Families First Coronavirus Response Act. If passed by the Senate and signed into law, the legislation will require all health plans, including self-insured plans and grandfathered plans, to cover the cost of COVID-19 testing.

But for the time being, states have been acting on their own to regulate the health plans that fall under their jurisdiction. Notably, this does not include self-insured plans – the majority of workers who have employer-sponsored health plans – as they are regulated at the federal level.

Last week, we shared a list of states that had either directed or asked insurance companies to waive cost-sharing (the consumer’s out-of-pocket costs) for COVID-19 testing. Most of the rest of the states have now issued guidance either requiring or asking insurers to fully cover the cost of testing, or noting that insurers have voluntarily agreed to do so. In addition to the states we mentioned last week, the following states have recently issued guidance on this issue:

States requiring insurers to cover testing with no cost-sharing:

States asking insurers to cover testing with no cost-sharing:

State where insurers are voluntarily waiving cost-sharing for testing:

Several states have taken action to ensure that telemedicine services related to COVID-19 are available with no cost-sharing for people enrolled in state-regulated plans. Other states are encouraging this approach from their insurers, or have relaxed the rules for telemedicine in order to expand access. And virtually all states are encouraging insurers to assess their telehealth protocols to ensure that they have a robust system that can handle the increased demand this pandemic is likely to create. States are also encouraging insurers to inform members about telehealth options and modify their programs to incentivize members to use telehealth whenever possible, in order to avoid spreading the virus to other patients at a doctor’s office.

The following states are requiring state-regulated health plans to cover COVID-19 telehealth with no cost-sharing:

The following states are asking insurers to waive cost-sharing for telehealth, but have stopped short of requiring it:

The following states have modified their rules relating to telehealth services in order to make it easier for medical professionals to provide telehealth care and for patients to access it:

New Mexico has gone a step further than most states, requiring insurers to cover – with no cost-sharing – medical services related to COVID-19 as well as influenza and pneumonia. The emergency rule – which will be in effect for at least 60 but no more than 180 days – requires state-regulated insurers to cover testing as well as “delivery of health care services” for those conditions. (In most states, insurance regulations related to COVID-19 require zero cost-sharing only for testing, and some states also require zero cost-sharing for telemedicine related to the disease.)

Lawmakers in several states are addressing the pandemic with varying legislation, some of which directly pertains to health coverage, including Medicaid. The National Conference of State Legislatures is an excellent resource for keeping track of these developments.