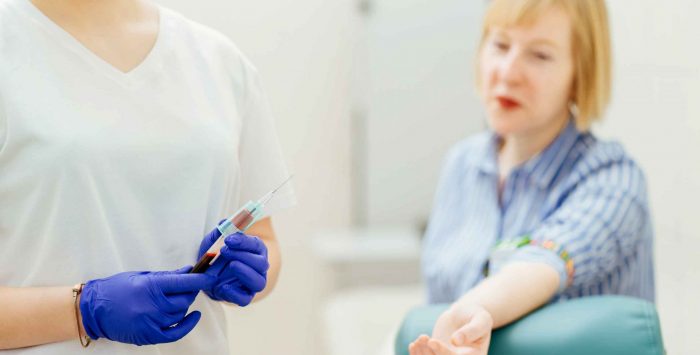 New York Gov. Andrew Cuomo announced this week that state-regulated health plans will be required to fully cover the costs of coronavirus testing for their members. | Iryna / stock.adobe.com

Gov. Andrew Cuomo announced this week that state-regulated health plans will be required to fully cover the costs of COVID-19 testing for their members, regardless of whether the testing takes place in a provider’s office, urgent care clinic, or hospital emergency department. The state is also ensuring that residents covered by New York Medicaid will not incur any costs for coronavirus testing.

Other states are likely to follow suit, but as with any state-based health insurance regulations, the requirements don’t apply to health plans that are regulated at the federal level under ERISA – and that includes the majority of the coverage provided by employers. Nationwide, 61 percent of covered workers are enrolled in health plans that are self-insured by the employers, and thus regulated under ERISA rather than state insurance rules.

It’s imperative that cost does not prevent people from getting tested for COVID-19, but our piecemeal healthcare system all but guarantees that cost will indeed be a barrier for many Americans (not to mention the fact that many people simply can’t afford to take time off from work, either due to lost pay or worries about losing their jobs altogether). The federal government is currently grappling with this issue, and may end up allocating federal disaster relief funding to cover the cost of COVID-19 testing and treatment.

Maryland rolled out a new “easy enrollment” program this year, allowing uninsured residents to check a box on their tax returns if they’d like the state to share their financial information with the state-run health insurance exchange, Maryland Health Connection. As of this week, more than 18,000 people have checked that box, which is well above what the state had expected.

The exchange will use filers’ tax return data to see if the household might be eligible for free or subsidized health coverage, and will reach out to them to provide enrollment assistance. Maryland Health Connection is granting people in this situation a 35-day special enrollment period during which they can sign up for coverage, since the normal open enrollment window for 2020 has ended.

Exemptions would be available for a variety of populations, but for parents taking care of a child, the exemption would only be available until the child is one year old, unless the child is disabled or has a serious medical condition. Most states that have passed work requirement legislation allow an exemption for a parent/caretaker who is caring for a child older than one.

Georgia’s House passed HB888 this week, by a vote of 164-4. The legislation would protect residents with state-regulated health plans from surprise balance bills. Surprise balance bills can be generated when patients are treated by out-of-network providers in an emergency situation, or in a non-emergency situation when the patient goes to an in-network facility but receives treatment at that facility from an out-of-network provider. In both scenarios, HB888 would ensure that the patient is only responsible for their regular in-network cost-sharing amounts.

Georgia’s Senate unanimously passed a similar bill (SB359) last month, making it likely that a surprise balance billing protection law will be enacted this year in Georgia. This is an issue that has generated strong bipartisan support across the country in recent months; a similar bill failed to pass in Georgia’s House just last year, while the 2020 bills have received overwhelming support.

A dozen states have stabilized their individual insurance markets with reinsurance programs, which tend to have fairly robust bipartisan support. But a reinsurance bill under consideration in South Dakota’s House of Representatives died last week, when it was tabled by the Joint Committee on Appropriations. According to Rep. Ryan Cwach, who sponsored the bill, the South Dakota Division of Insurance testified against the bill. Three states that border South Dakota – Minnesota, Montana, and North Dakota – have all implemented reinsurance programs.

Washington State is continuing to make progress on the Public Option plans that the state intends to make available in the fall, with coverage effective January 2021. Last week, the Washington Health Care Authority issued a request for applications, seeking proposals from insurers that wish to offer the standardized public option plans next year. Insurers that wish to participate have until April 17 to submit proposals, and until May 22 to submit proposed premiums for the plans.

Under the terms of legislation enacted in 2019, Colorado has been working for nearly a year towards a public option program. The new program – dubbed the Colorado Health Insurance Option – is expected to be available for consumers by the fall of 2021, with coverage effective in 2022. Last week, the state published an overview of how hospital reimbursement rates will be set for plans in the Colorado Health Insurance Option, and a Wakely actuarial analysis fleshed out the details.

Hospitals will be paid between 155 and 218 percent of Medicare rates (as opposed to the average 280 percent they currently get), and premiums are expected to be 12 percent lower under the new plans. Federal premium subsidies would thus be smaller, but the state plans to recapture that subsidy money via a 1332 waiver and use it to provide additional premium subsidies and cost-sharing reductions. Overall, enrollment in Colorado’s individual market is expected to increase by more than 18,000 people once the Colorado Health Insurance Option is implemented. (Colorado is using this page to provide implementation updates).