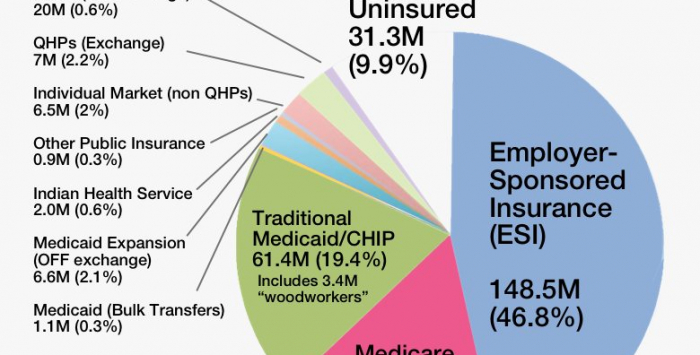 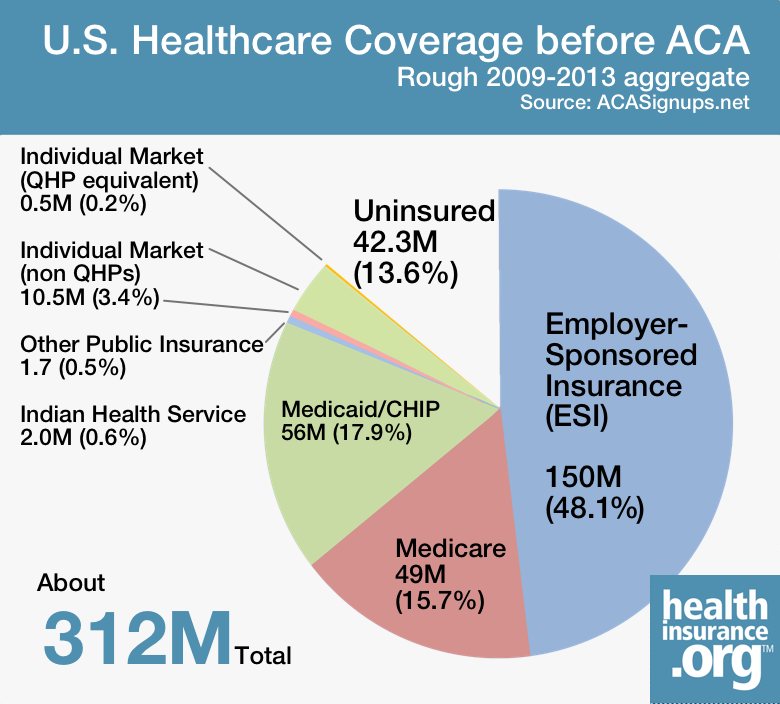 BEFORE: Of 312 million total U.S. residents, just under half the population had employer-based health coverage, with Medicare and Medicaid making up another third of coverage. Another 4 million were covered through the Indian Health Service and other public healthcare programs, leaving around 11 million people enrolled on the private individual market and about 42 million uninsured. 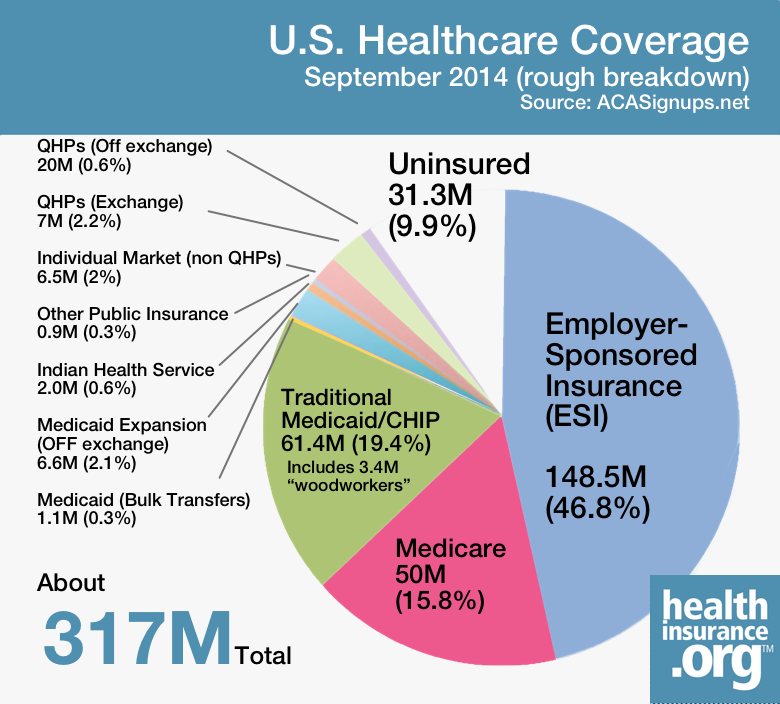