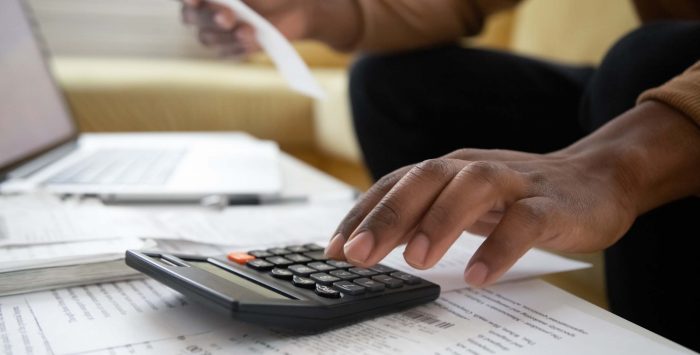 Plan changes made during the COVID/ARP enrollment window will take effect mid-year – and for people who have already paid some or all of their deductible and out-of-pocket costs, that adds an extra layer of complication to the switch-or-not decision. | Image: fitzkes / stock.adobe.com

For millions of Americans who don’t have access to employer-sponsored or government-run health insurance, the American Rescue Plan (ARP) does a lot to make health coverage more affordable this year. Premium subsidies are larger, and more people will qualify for premium-free plans, including anyone receiving unemployment compensation at any point in 2021.

If you’re currently uninsured or enrolled in something like a short-term plan or health care sharing ministry plan and you’ve become eligible for premium subsidies as a result of the ARP, it’s likely an obvious choice to enroll in a plan through the marketplace in your state as soon as possible. And there’s a COVID/ARP enrollment window that continues through August 15 in most states, making it easy to enroll in a new plan and take advantage of the new subsidies.

But if you’re already enrolled in an ACA-compliant plan, or even a grandmothered or grandfathered major medical plan, you’ll have to decide whether you want to make a plan change during the COVID/ARP enrollment window. And depending on the circumstances, it might not be an easy decision.

Normally, the general rule of thumb is that if you switch to a new plan mid-year, you’re going to be starting over at $0 on the new plan’s deductible and out-of-pocket expenses. (These are called accumulators, since it’s a running total of the expenses you’ve accumulated toward your out-of-pocket maximum). For someone whose accumulators have already amounted to a sizable sum of money this year, having to start over at $0 in the middle of the year could be a deal-breaker.

Are ARP’s higher subsidies worth it?

But 2021 is not a normal year. The ARP has made significant changes to subsidy amounts and eligibility, and a lot of people will find that switching plans enables them to best take advantage of the enhanced subsidies. For example:

If you switch plans, will you have to start over at zero?

The good news is that many states, state-run marketplaces, and insurers have taken action to ensure that accumulators will transfer to a new plan. (In virtually all cases, this does have to be a new plan with the same insurer — if you switch to a different insurance company, you’ll almost certainly have to start over at $0 on your accumulators.)

HealthCare.gov is the exchange/marketplace that’s used in 36 states. Its official position is that “any consumer who selects a new plan may have their accumulators, such as deductibles, reset to zero.” But insurance commissioners in some of those states have stepped in to require insurers to transfer accumulators, and in other states, all of the insurers have voluntarily agreed to do so. Washington, DC, and 14 states have state-run marketplaces, and several of them have announced that insurers will transfer accumulators.

Which states are helping with accumulators?

We’ve combed through communications from state-run marketplaces and state insurance commissioners to see which ones have issued guidance on this. But regardless of where you live, your best bet is to reach out to your insurance company before you make a plan change. Find out exactly how they’re handling accumulators during this enrollment window, and if they are transferring accumulators to new plans, make sure that you adhere to whatever requirements they may have in place.

That said, here’s what we found in terms of how states and state-run marketplaces are addressing accumulators and mid-year plan changes in 2021.

In some cases, these accumulator transfer rules only apply when switching from off-exchange to on-exchange; in other cases, they apply to any plan changes, including from one exchange plan to another:

In some states, rules are slightly more complicated

States where the official word is that ‘it depends’

Several states have addressed accumulator transfers so that consumers know to be aware of them, but are leaving the decision up to the insurers. In these states (listed below), some or all of the insurers may be offering accumulator transfers, but consumers should definitely ask their insurer how this will work before making the decision to switch plans.

States where the official word is that accumulators will not transfer

Some states have fairly clearly indicated that insurers will not transfer accumulators if policyholders make a plan change. But even in these states, it’s still worth checking with a specific insurer to see what approach they’re taking, as some are still developing their approach during this unique time.

What if my state’s not listed?

Insurance departments in the rest of the states haven’t put out any official guidance or bulletins regarding accumulator transfers, although these may still be forthcoming as the COVID/ARP window progresses. Keep in mind that it will be July in most states before the ARP’s benefits are available for people receiving unemployment compensation in 2021, so this is still very much a work in progress and likely to evolve over time.

States that have not yet issued specific guidance or clarified insurers positions on accumulator transfers include:

If you’re in one of these states, your insurer may or may not be transferring accumulators when enrollees switch to a new plan in 2021. If you’ve had significant out-of-pocket medical spending so far this year, be sure to reach out to your insurer to see how they’re handling this. And if a representative tells you that accumulators will transfer, it’s a good idea to get confirmation in writing.

And if your insurer initially says no, keep asking over the coming days and weeks. We’ve seen some insurers start to offer accumulator transfers after initially stating that they didn’t plan to do so, and it’s possible that other insurers might follow suit.

To switch or not to switch?

So what should you do if you’ve already spent some money out-of-pocket this year, and you’re going to have to start over at $0 on a new plan?

Maybe you’re enrolled in a grandmothered or grandfathered plan and your insurer simply doesn’t offer plans for sale in the marketplace. Depending on where you live, this might also be the case if you have an ACA-compliant off-exchange plan, as not all off-exchange insurers sell plans in the exchange. And as noted above, it might also be the case even if you want to transfer from one ACA-compliant plan to another. (But check with both the insurer and the insurance department in your state before giving up on accumulator transfers in that situation.)

Really, it just comes down to the math: Will the amount you’re going to save due to premium tax credit (and possibly cost-sharing reductions, if you’re eligible for them and switching to a Silver plan) offset the loss you’ll take by having to start over at $0 on your deductible and out-of-pocket exposure? If you haven’t spent much this year, the answer is probably Yes. If you’ve already met your maximum out-of-pocket for the year, it’s probably going to be a tougher decision.

But don’t assume that it’s not worth your while. Depending on the circumstances (especially if you were previously impacted by the “subsidy cliff” and are newly eligible for subsidies), your new subsidies might be worth more than you’d be giving up by having to start over with new out-of-pocket costs.

And if you’re part of the way toward meeting your deductible on a Bronze plan and are newly eligible for a free or very low-cost Silver plan that includes cost-sharing reductions, you might find that the new plan ultimately saves you money in out-of-pocket costs for the rest of the year, even if your accumulators don’t transfer.