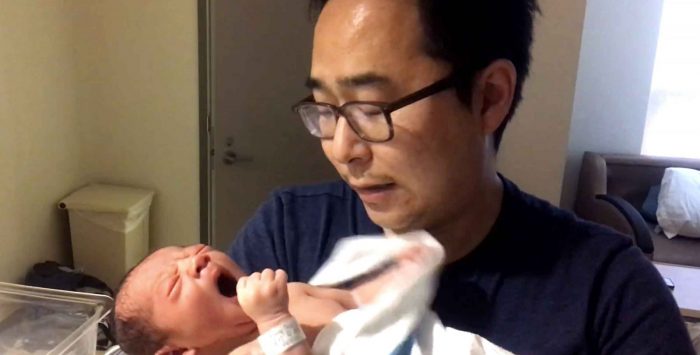 Public health officials, advocates and scholars are mostly good souls. When healthcare access for poor or sick people is curtailed they think it’s a tragedy. And they’re right.

At the same time, professional and personal commitment to improving access may have partially blinded some of these fiercely committed souls to the miracle that progressive citizen action has wrought on the healthcare front in the Trump era.

Since January 2017, Republicans have hurt access to healthcare – by multi-front sabotage that’s driven up the cost of ACA-compliant, comprehensive insurance in the individual market by (conservatively) 16 percent – and via Medicaid work requirements, sought or implemented by 14 states, which could reduce ACA expansion gains by perhaps 20 to 25 percent in those states.

What we haven’t lost

Nonetheless, the revenue streams and basic program structure implemented by the ACA to provide comprehensive health insurance to low-to-moderate-income Americans who might otherwise be uninsured remain intact. About 20 million people currently hold insurance directly subsidized through the ACA – 60 percent of that through the Medicaid expansion.*

That’s the miracle – its durability contingent on Democrats taking control of the House of Representatives on Tuesday.

In coming years, Republican actions to undercut the ACA marketplace by creating a parallel market of medically underwritten, lightly regulated insurance may further drive up premiums and limit options for people with pre-existing conditions who need coverage in the individual market and don’t qualify for ACA subsidies. The latest blow is new guidance to states encouraging them to radically redesign their ACA marketplaces, including by allowing premium subsidies to be applied to short-term plans for which insurers can vary price according to an applicant’s medical condition and exclude coverage for pre-existing conditions.

States always had the option of proposing alternative designs for their marketplaces, but previously those proposals had to stay within strict “guardrails” stipulating that the alternative scheme had to cover just as many people just as comprehensively as the default ACA design – and not hurt vulnerable groups such as low-income, sick or older enrollees. The new guidance allows “slight” disadvantaging of such groups if more people are covered as a whole.

Under these loose rules, Republican-governed states might favor lightly regulated markets catering to healthy people, driving up the cost for those who don’t qualify for ACA subsidies of comprehensive insurance offered on equal terms to people with pre-existing conditions. They might also weaken or eliminate vital Cost Sharing Reduction (CSR) subsidies available to lower income enrollees – and currently accessed by more than half of marketplace enrollees. Those changes could indeed disadvantage vulnerable groups.

But these blows to the ACA goal of making affordable insurance available to all – which the ACA at its best only half attained – should be viewed in light of what seemed an overwhelming likelihood in the wake of the November 2016 election and through the first half of 2017: repeal of the ACA’s core programs and funding, coupled with additional deep long-term cuts to Medicaid – which covers 75 million Americans.

The repeal bill that passed the House in May 2017 would have un-insured 23 million Americans and cut $834 billion in Medicaid funding, according to the estimate of the Congressional Budget Office. If you’d have told progressives in January 2017 that the ACA would still be standing for Open Enrollment 2019 – albeit with a parallel “short-term” market and an open invitation to states to take their federal funding and redesign their markets – most would have sung hosannas.

The alternative barely-regulated market and new freedom for states should also be viewed in light of the ACA’s longer history. The law has been under existential threat since it was enacted – endangered not only by the prospect of Republican takeover (avoided in 2012) but by two court challenges that made it to the Supreme Court. The second suit, King v. Burwell, which challenged the authority of the federal ACA exchange then serving 36 states, HealthCare.gov, to issue ACA premium and CSR subsidies, prompted talk of legislative compromises that would guarantee funding in exchange for creating “superwaivers” empowering states to take marketplace funding and do what they would with it. A conservative scholar, Stuart Butler of the Brookings Institute, proposed such a “superwaiver” compromise while King was awaiting a Supreme Court ruling, in April 2015. His progressive Brookings colleague, Henry Aaron, presciently forecast in January 2017 that Republicans would fail to repeal the ACA and the Trump administration would fall back on opening up the waiver process.

The waiver requests ahead

Progressives won’t like red states’ waiver requests. In 2017, Iowa proposed cutting out CSR and making just one plan design, with a deductible in excess of $7,000, available to all, albeit at very low premiums. Oklahoma floated a proposal, never formally submitted**, to begin subsidy eligibility at zero income (in lieu of Medicaid expansion), cut it off at 300 percent of the federal poverty level (instead of the ACA’s 400 percent FPL), and, again, end CSR, shifting some of the funding to Health Savings Accounts (HSAs) to be used for out-of-pocket expenses. CSR radically cuts out-of-pocket costs for enrollees with incomes up to 200 percent FPL (with a much weaker benefit at 200 to 250 percent FPL) and thus makes actual healthcare, as opposed to mere “insurance,” affordable for many.

But there’s something to be said for letting red states be … red states. Many Republican-controlled states have resisted effective ACA implementation, actively or passively – refusing to expand Medicaid eligibility, declining to actively regulate their insurance markets, putting roadblocks in the way of nonprofit enrollment assistance programs established by the ACA. A state government that redesigns its program would presumably feel a sense of ownership and try to make the scheme work, whether it struck most health care experts as good policy or not. There’s something to be said for such state ownership.

They failed because massive, spontaneous and highly effective citizen protest induced just enough Republicans – three in the Senate, to be exact – to take their fingers off the trigger – one of them (the late John McCain) after midnight on a vote where repeal seemed certain. That was a miracle of not-dead-yet democracy.

That miracle will either be extended or negated on election day. If Republicans hold House and Senate, they have vowed to get repeal done – and this time, with McCain dead and their Senate majority likely extended, they won’t fail. If Democrats win control of the House of Representatives, Republicans will lose power to redesign or defund the ACA. That’s one of the many existential choices facing Americans on November 6.

* Probably another 8 to 10 million are insured through indirect effects of the ACA – increased enrollment in Medicaid by people who would have been eligible even without the ACA’s expansion of eligibility, unsubsidized enrollment in the individual market by those who would have been shut out because of pre-existing conditions or who were induced by the individual mandate, and other effects of the mandate.

** Oklahoma did submit a more limited waiver proposal to establish a reinsurance program, as several states have done successfully. The state withdrew the proposal when CMS failed to approve it in time to affect premiums for 2018.