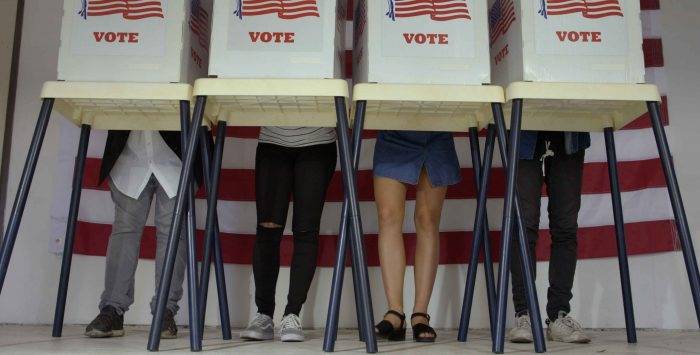 Unless Arizona’s Supreme Court overturns a Maricopa County judge’s ruling, a wide-ranging healthcare reform measure (the Stop Surprise Billing and Protect Patients Act) will not appear on Arizona’s ballot this fall. About a year ago, volunteers began gathering signatures in an effort to get the initiative on the 2020 ballot in Arizona. The measure is citizen-led, but has had substantial backing from a California-based healthcare workers’ union (the Service Employees International Union-United Healthcare Workers West, or SEIU-UHW West).

The ballot initiative is designed to preserve health insurance protections for people with pre-existing conditions (in case the ACA is overturned or repealed), prevent surprise balance billing, improve hospitals’ infection control standards, and boost hospital workers’ pay. This Friday, August 21, is the deadline for the Arizona Supreme Court to decide whether the measure will appear on the November ballot.

New York’s COVID-related special enrollment period has been extended again, and will continue through September 15. The state’s special enrollment period, designed to allow uninsured residents an opportunity to enroll in health coverage amid the pandemic, had been scheduled to end last Saturday. But Gov. Andrew Cuomo announced yesterday that it would continue until mid-September.

There are also ongoing COVID-related special enrollment periods in California (through August 31), Washington, DC (through September 15), and Maryland (through December 15).

Nevada – which was in danger of having no participating insurers in the health insurance marketplace just a few years ago – is gaining two new exchange insurers for 2021. Friday Health Plans will offer coverage statewide, and SelectHealth will offer coverage in Clark and Nye counties.

Average premiums to increase by 1.8% in New York individual market

Average premiums to increase by 1.4% in Montana individual market

Rate changes for 2021 have been finalized in Montana, with an overall average increase of about 1.4 percent for the state’s three individual market insurers. The increases range from no change for Health Care Service Corporation (BCBSMT) to a 5 percent increase for PacificSource. Last month, in announcing the average rate increases that the insurers had initially proposed, Montana’s insurance commissioner, Matt Rosendale, clarified that he believed rates should not be increasing at all for 2021. The insurance commissioner in Montana does not have the authority to reject rate proposals, but Rosendale’s office announced this week that two of the three insurers have since revised their rate proposals, resulting in a smaller overall average rate increase for 2021. PacificSource, which had proposed the largest percentage increase initially, kept their proposed rates unchanged.

Average premiums to increase by 3.5% in Vermont’s individual and small-group market

In May, the two health insurers that offer coverage in Vermont’s merged individual and small-group market proposed an overall average rate increase of about 6.8 percent for 2021. Hundreds of Vermont residents submitted comments objecting to the proposed increases, and the Vermont Office of the Health Care Advocate recommended that no rate increases be approved at all. Last week, the Green Mountain Care Board did approve rate increases for both insurers, but they’re smaller than the insurers had proposed. The overall average rate increase will be about 3.5 percent, with a 4.2 percent average increase for BCBSVT and a 2.7 percent average increase for MVP.

The IRS has published its annual update to the percentage of income that people are expected to pay, after premium subsidies are applied, for benchmark health insurance plan. We outline all of the details here, including examples of how the numbers work at different income levels and how the premium amounts change from one year to the next.

The short story is that the percentage of income people have to pay for the benchmark plan is slightly higher at all income levels for 2021. (Some years it increases, some years it decreases; 2021 is a year that it’s increasing). But the poverty level also continues to increase, and subsidy amounts are based on a person’s income relative to the poverty level. So the end result is that people will generally only be expected to pay more for the benchmark plan if they also experience an increase in income from 2020 to 2021.