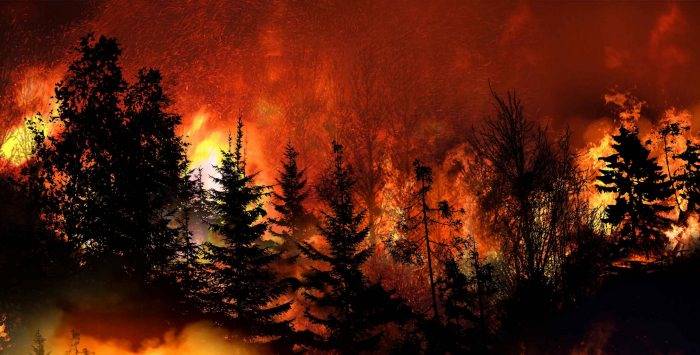 A Covered California special enrollment period will allow residents to enroll in coverage if they lose their job or income, or if they're affected by the ongoing wildfires. | Image: gajendra / stock.adobe.com

MNsure, the state-run exchange in Minnesota, announced this month that open enrollment for 2021 health plans will run from November 1, 2020, to December 22, 2020, giving residents in Minnesota an extra week to complete the process of enrolling in coverage for 2021. All plans selected during open enrollment will take effect January 1, with MNsure noting the importance of maintaining full-year coverage. The other state-run exchanges that have already announced extensions to the upcoming open enrollment period are letting people continue to enroll into January, with February or March effective dates depending on when they enroll. MNsure’s approach is a compromise that gives people additional time but also results in all plans taking effect on January 1.

Anthem used to offer coverage in Indiana’s exchange, but exited at the end of 2017 when the individual health insurance market was much less stable than it is now. Since then, Anthem has offered just one off-exchange catastrophic plan in five counties in Indiana, and currently has just four enrollees in that plan. For 2021, however, Anthem is rejoining Indiana’s exchange, with plans that will be available in three counties in the northwestern part of the state.

The overall average proposed rate increase for Indiana’s individual market plans is about 10.5 percent for 2021, which is higher than we’re seeing in most states. The Indiana Department of Insurance is continuing to require insurers to spread the cost of cost-sharing reductions across plans at all metal levels for 2021 (broad load) instead of concentrating it on just silver plans (silver load). Nearly all states and insurers nationwide use silver loading instead, as it results in larger premium subsidies and more affordable coverage for most enrollees. As of 2020, Indiana is one of only three states using the broad load approach.

Virginia enacted legislation earlier this year that calls for the state to create a fully state-run health insurance exchange by 2023, and the state has already begun the process. Last week, Gov. Ralph Northam announced that the federal government has approved Virginia’s plan to transition to a state-based exchange using the federal enrollment platform (SBE-FP) as of this fall. That means Virginia residents will still enroll through HealthCare.gov during the upcoming open enrollment period for 2021 coverage. But HealthCare.gov’s fee is 2.5 percent of premiums if a state operates an SBE-FP, as opposed to 3 percent if the state relies fully on the federally run exchange. Virginia will join several other states in operating an SBE-FP this fall, although Pennsylvania and New Jersey, both of which currently have SBE-FPs, will be transitioning to fully state-run exchanges instead.

Virginia’s exchange has nine participating insurers this year. That will still be the case next year, but there will be some changes: Virginia Premier is leaving the individual market at the end of the year, while Optimum Choice is entering Virginia’s marketplace this fall with plans that will be available for purchase during the open enrollment period for 2021 coverage.

Virginia’s current individual-market insurers have proposed an average rate decrease of nearly 7 percent for 2021, with five of the eight insurers proposing decreases to their premiums.

Highmark Blue Cross Blue Shield Delaware is the only insurer that offers coverage in Delaware’s exchange. For 2021, Highmark has proposed an average rate decrease of half a percent. Delaware’s reinsurance program, which took effect this year, is keeping premiums lower than they would otherwise be; without the reinsurance program, Highmark’s filing indicates that they would have proposed a small rate increase for 2021.

Thanks to reinsurance, all New Hampshire insurers proposed rate decreases for 2021

Earlier this month, the federal government approved New Hampshire’s reinsurance program, which will take effect in 2021. As expected, New Hampshire’s insurers have all proposed average rate decreases, with the declining premiums driven in large part by the new reinsurance program. The overall average proposed rate decreases for the three insurers range from 4.5 percent to 15.4 percent.

New Hampshire’s Insurance Department reports that the proposed average rate decrease for benchmark plans in the state is even more significant, at more than 21 percent. Premium subsidy amounts are based on benchmark plan rates, and subsidies get smaller when benchmark plan premiums decline. So it will be especially important for subsidized enrollees in New Hampshire’s exchange to carefully comparison shop this fall.

Earlier this summer, Maine’s three exchange insurers proposed an overall average rate decrease for 2021, with two of the three proposing rate decreases and one proposing a slight rate increase. All three have since filed revised rate proposals, however, with significantly lower rates. The overall average proposed rate decrease now stands at about 13 percent. Maine’s reinsurance program, which took effect in 2019, is credited with keeping premiums lower than they would otherwise be.

Arizona has five insurers that participate in the exchange in 2020, and all five plan to continue to do so for 2021. They have filed proposed average rate changes for 2021 that range from a 7 percent decrease to a 9 percent increase. The Arizona Department of Insurance is currently reviewing the rate proposals and accepting public comments.