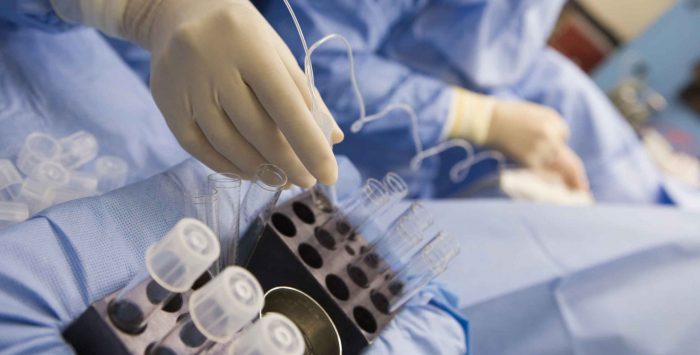 Nationwide, people with qualifying events – including loss of an employer-sponsored plan – can enroll in health coverage, despite the fact that open enrollment for 2020 health plans ended several months ago. But uninsured residents in Massachusetts, Maryland, New York, Vermont, California, and the District of Columbia currently have an opportunity to enroll in individual/family health insurance plans, even if they don’t have a qualifying event, thanks to enrollment windows that were created to help reduce the number of uninsured people facing the COVID-19 pandemic. The enrollment window in Massachusetts was scheduled to end next week, but it has been extended until June 23. So uninsured residents in those five states and DC all have until at least mid-June to sign up for coverage.

The Affordable Care Act was enacted more than a decade ago, but it’s now providing a crucial safety net for millions of Americans who are losing their employer-sponsored health insurance as a result of the COVID-19 pandemic. Without the ACA, people would have to go through medical underwriting in order to get coverage in the individual market. (Some would be rejected, others would pay higher prices due to their medical history). And without the ACA, there wouldn’t be the premium subsidies that are making self-purchased coverage affordable for millions of Americans. Health plans in the individual market wouldn’t have to cover essential health benefits. And perhaps most important of all, Medicaid wouldn’t be widely available to low-income adults, including people who unexpectedly and suddenly find themselves without an income.

The ACA called for the expansion of Medicaid to cover all adults with household income up to 138 percent of the poverty level (determined based on monthly income, so it’s available even for people who earned more earlier in the year but then experience a sharp drop in income). The Supreme Court ruled that this was optional, and there are still 14 states that have a coverage gap because they haven’t expanded Medicaid. (Nebraska will expand coverage in October; Wisconsin hasn’t expanded coverage but also has no coverage gap.)

A recent analysis by the Urban Institute and the Robert Wood Johnson Foundation found a striking – but not surprising – difference in how coverage changes will play out in states that have expanded Medicaid versus those that haven’t. The analysis considered 15, 20, and 25 percent unemployment scenarios. Under a 20 percent unemployment model, the researchers expect between 25 and 43 million Americans to lose their employer-sponsored health insurance. The majority of them will transition to Medicaid, self-purchased coverage, or other private health insurance. But in states that haven’t expanded Medicaid, about 40 percent of those people are expected to become uninsured. In states that have expanded Medicaid, that number is closer to 22 or 23 percent. The widespread job losses stemming from the pandemic highlight the importance of Medicaid expansion as a safety net when people lose their income and can’t afford private coverage. All of the states that have not yet expanded Medicaid could do so at any time, although most would need approval from state lawmakers. Some, like Oklahoma, Wyoming, and Missouri may do so soon.

Although the ACA is proving to be incredibly important in light of the COVID-19 pandemic, its future is uncertain. The Supreme Court is scheduled to hear oral arguments in California v. Texas (also known as Texas v. Azar/U.S.) as soon as October. The lawsuit hinges on the idea that without the individual mandate penalty – which was eliminated by Congress at the end of 2018 – the entire ACA should be invalidated. Under the Trump administration, the Department of Justice is not defending the ACA [mandate?], so that task has fallen to 20 states – led by California – and the District of Columbia. These states (the petitioners) are arguing that the ACA is not unconstitutional, and that the 17 states challenging the ACA (led by Texas) do not have legal grounds to do so.

Amicus briefs in support of the petitioners’ argument (ie, in support of the ACA) were due last week, and 38 have been filed. They represent nearly every part of the American health care system, with briefs filed by hospital associations, the American Medical Association, numerous patient and consumer advocacy groups, and health insurer associations. There are also eight states represented among the amicus briefs (Ohio, Montana, Maryland, Maine, New Hampshire, New Mexico, Pennsylvania, and Wisconsin), as well as the AARP, small-business organizations, Native American Tribal organizations, all Democratic and Independent members of the U.S. Senate, and various economists and legal scholars. The amicus briefs are summarized at Health Affairs by Katie Keith. Many of them touch on the tremendous disruption that would be caused if the ACA were to be overturned, and highlight the importance of the law in addressing the current COVID-19 crisis.

Maryland already has an infertility coverage mandate for state-regulated health plans, but it’s limited to married women. This month, the state enacted SB988 and HB781, extending the infertility coverage mandate to include unmarried women. The new law also reduces the amount of time a woman has to try and fail to conceive before her health plan will cover infertility treatment; previous state law set the limit at two years, but the new law reduces that to one year.

These revisions to the state’s infertility coverage mandates will take effect for all state-regulated health plans that are issued or renewed on or after January 1, 2021. Since self-insured health plans are not regulated at the state level, the new rules will not apply to self-insured plans.

Colorado had also passed legislation earlier this year to mandate infertility coverage on state-regulated plans, and the bill was signed into law last month.

Legislation to mandate infertility coverage on state-regulated plans is also under consideration in Mississippi this year; it passed the House in March and is now in committee in the Senate.

Most states – all but Oklahoma, Texas, and Wyoming – have a rate review process for ACA compliant health plans in the individual and small-group markets. In those three states, the federal government conducts rate reviews, and there is a June 3, 2020 deadline for insurers in those states to submit rate proposals for 2021 ACA-compliant plans. In the rest of the country, state insurance departments can set their own deadlines, but they can’t be any later than July 22, 2020.

Vermont’s insurers already filed rates for 2021, and the deadlines in several other states are rapidly approaching; several deadlines are this week or next week. Vermont had the earliest deadline (May 8) and insurers there proposed fairly modest single-digit rate increases, despite the uncertainty caused by the COVID-19 pandemic. Some states publicize the filings as soon as they’re submitted, while others wait until the review process is complete, so there will be a steady stream of rate filings becoming public over the next few months. The federal government will make all rate filings public on ratereview.healthcare.gov as of August 14, 2020. This is two weeks later than normal, due to the COVID-19 pandemic.