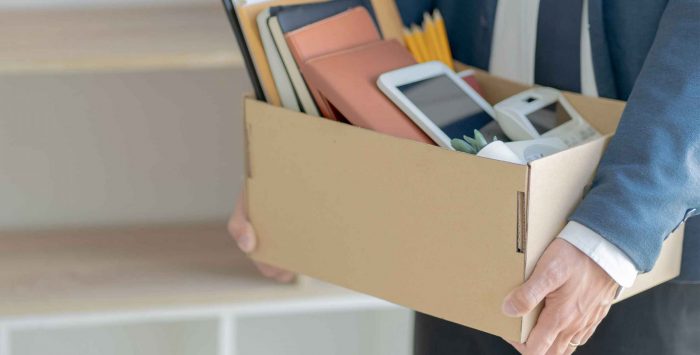 For some Americans who lost coverage in the early rounds of layoffs due to COVID-19, a 60-day special enrollment window ends this weekend. | Image: memyjo / stock.adobe.com

Laid off in March? Your health insurance SEP might end soon

In the last two and a half months, about 39 million Americans have lost their jobs as a result of COVID-19. Since employer-sponsored coverage is the most common form of health insurance in the U.S., many of these people have also lost their health coverage in the midst of a pandemic. Loss of a health insurance plan triggers a special enrollment period during which they can purchase a new plan, but that window is only open for 60 days after the old plan ends. For people in the early rounds of layoffs – whose health coverage ended on March 31 – that 60-day window ends this weekend, on May 30.
There are still several states that are allowing anyone who is uninsured – regardless of whether they recently lost coverage or not – to enroll in a health plan through the exchange. These windows end June 15 in Maryland, New York, and Vermont; June 23 in Massachusetts, June 30 in California, and September 30 in Washington, DC. After those windows close, residents will need a qualifying event in order to sign up for 2020 health coverage. Loss of another health plan is a qualifying event, but you have to enroll within 60 days.

Washington’s exchange will have 13 insurers for 2021, up from nine this year

Last year, there were seven insurers offering plans in Washington’s state-run health insurance exchange. That group increased to nine this year, and four more insurers are joining the exchange for 2021, bringing the number of participating insurers to 13. All areas of the state will have at least two participating insurers – a far cry from the situation Washington was facing just a few years ago, when Insurance Commissioner Mike Kreidler had to scramble to convince insurers to cover counties that would otherwise have had no coverage options at all.
The proposed premiums for Washington’s individual market will be published next week. Insurers in Washington’s exchange will offer standardized health plans for the first time in 2021. (They also have the option to offer non-standardized plans.) Also, public option plans will be available in the exchange when open enrollment starts in November.

Oregon exchange will have six insurers for 2021

Regence – one of the insurers planning to join the exchange in Washington State – is also planning to join the exchange in Oregon for 2021. The number of insurers on Oregon’s exchange will increase from five to six, and three of them plan to offer coverage statewide. Insurers in Oregon have mostly proposed modest single-digit rate increases for 2021, and regulators note that the state’s reinsurance program continues to play a significant role in keeping premiums in the individual market lower than they would otherwise be.

Overall health insurance claims are down because so many elective medical procedures have been canceled or delayed as a result of COVID-19, resulting in lower costs for insurers. Earlier this month, we told you about health insurers – including Priority Health in Michigan – that had announced they would be giving premium credits to their enrollees due to a reduction in claims costs. Other Michigan insurers have made similar announcements in the last several days, including Health Alliance Plan (HAP) and Blue Cross Blue Shield of Michigan.
Numerous dental plans across the country are also offering premium credits to their individual and group enrollees, due to the sharp reduction in non-emergency dental care.

New Mexico’s Insurance Commissioner, Russell Toal, is taking action to address misleading marketing tactics that are sometimes used to sell limited-benefit health plans. In a bulletin issued last week, the Commissioner lists various deceptive practices that will not be tolerated, including anything that attempts to portray limited-benefit plans as comprehensive major medical coverage, especially in the midst of a pandemic.
Agents who market limited-benefit plans in New Mexico are required to inform clients about how these plans differ from comprehensive, ACA-compliant coverage, and are also required to provide clients with New Mexico’s Coverage Options Flyer, which explains how the state is making comprehensive coverage available to any applicant. New Mexico opened its high-risk pool to uninsured residents very early in the COVID-19 response, and that continues to be an option for people who aren’t eligible for Medicare, Medicaid, or a special enrollment period to buy a plan in the health insurance exchange.

Medicaid expansion will be on August 4 primary ballot in Missouri

Virginia’s governor has recently gone back and forth with lawmakers over the issue of allowing self-employed people to enroll in association health plans. The proposal would have been a stretch, as the Virginia Bureau of Insurance had already told lawmakers that they were unlikely to be able to use a 1332 waiver to obtain federal approval for the rule change. And Governor Northam had recommended that lawmakers reconsider the measure next year. But the legislature ultimately sent the bill back to Northam in April and he vetoed it last week.

The IRS has published its annual guidance for HSA-qualified high-deductible health plans (HDHPs):