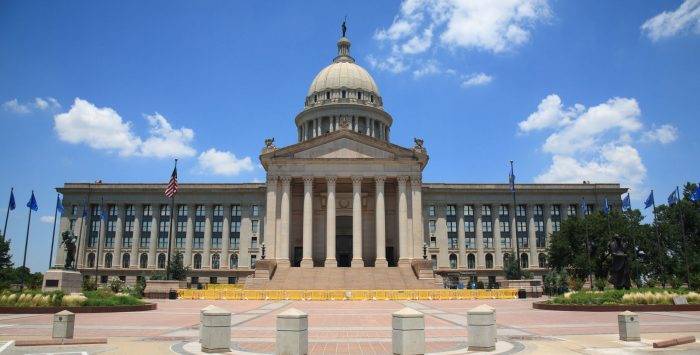 On June 30, Oklahoma voters will get a chance to decide whether the state expands Medicaid under the ACA. If voters approve the measure, Medicaid expansion will take effect next summer in Oklahoma. | Image: Ffooter / stock.adobe.com

Special enrollment continues for uninsured in five states and DC, and for millions who’ve lost coverage due to crisis

Although the nation is in varying stages of opening back up after weeks of shut-downs, more than 40 million Americans have filed for unemployment since mid-March. Many of these people lost their employer-sponsored health insurance along with their jobs, making them eligible for a special enrollment period (SEP) during which they can sign up for new coverage – with hefty premium subsidies for those with incomes that don’t exceed 400 percent of the poverty level.

Last week, the state of Washington announced that 15 insurers would offer individual market plans for 2021, including 13 that will offer plans in the exchange – up from nine that offer exchange plans this year. This week, Washington’s insurance commissioner published the proposed rate changes, which amount to an average rate decrease of 1.8 percent. The rates will be reviewed for actuarial soundness over the summer and finalized before open enrollment starts in November. The Washington Health Care Authority will publish additional information later this month about insurer participation in the state’s new public option program that will launch this fall when open enrollment begins for 2021 coverage.

At least two healthcare reform bills have been axed by Colorado lawmakers since they returned to Denver last week to wrap up a legislative session that had been suspended in March amid the COVID-19 pandemic. The only bills likely to be considered before the end of the session are those that don’t carry a financial cost for the state and are fairly quick and simple to pass, or bills that are directly related to the COVID-19 response.

A few weeks ago, Democratic lawmakers had abandoned legislation that would have created a public option health plan in Colorado. Now that the legislature is back in session, other bills have officially been postponed indefinitely, including HB1103 and SB188.

HB1103 would have required state-regulated health insurance plans in Colorado to start paying for colonoscopies starting at age 45, as recommended by the American Cancer Society. Under current federal regulations, the screenings are covered starting at age 50, based on U.S. Preventive Services Task Force guidelines. SB188 would have required all hospital bills to be clearly itemized and written in plain language, without relying on billing or diagnostic codes to detail the services that were performed.

Although Colorado lawmakers have had to abandon other pieces of legislation, HB1236 was approved in the Senate earlier this week and has been sent to Gov. Jared Polis for his signature. The legislation calls for the state to create an “easy enrollment program,” similar to the one that Maryland debuted this year. It will take effect in early 2022, when people start filing their 2021 tax returns. Colorado residents will be able to check a box on the state tax return, indicating that they’d like Connect for Health Colorado to use their financial information from their tax return to determine whether they’d be eligible for free or subsidized health coverage. If so, the person would then be offered a special enrollment period during which they could sign up for coverage.

Hawaii is redoing its Medicaid managed care contracts as a result of the COVID-19 pandemic. In January, the state awarded nine-year contracts to two statewide insurers (Hawaii Medical Service Association and United HealthCare Insurance Company) and two insurers that cover only the Oahu area (AlohaCare and Ohana Health Plan). The implementation of those contracts was suspended in March as a result of COVID-19, and the contracts have now been rescinded altogether. The state is temporarily extending the existing Medicaid managed care contracts, and plans to issue a new request for proposals from Medicaid managed care insurers this fall, with a focus on addressing “the evolving needs of the community” in light of the COVID-19 pandemic.

Oklahoma withdraws plan to expand Medicaid on July 1, but Oklahomans will vote on expansion this month

On June 30, Oklahoma voters will get a chance to decide whether the state expands Medicaid under the Affordable Care Act. If voters approve the measure, Medicaid expansion will take effect next summer in Oklahoma. The majority of the states have already expanded Medicaid, and the federal government will pay 90 percent of the cost. Gov. Kevin Stitt is opposed to Medicaid expansion, and his administration had proposed a modified approach. It would have expanded Medicaid a year earlier than the ballot initiative, with coverage effective July 1, 2020 – but it would then have imposed a variety of restrictions a year later, including premiums and a work requirement.

And last week, the Stitt administration withdrew its proposal to expand Medicaid as of July 2020, citing the sharply higher unemployment rates stemming from the COVID-19 pandemic. The program was initially proposed before COVID-19 upended the job market, so far more people would have qualified for expanded Medicaid in July 2020 than the Stitt administration had initially expected – driving the price tag higher as well.

Unfortunately, low-income residents in Oklahoma who had counted on Medicaid expansion starting next month are out of luck. And there will continue to be a coverage gap in the state for at least the next year, leaving people with income below the federal poverty level without realistic access to coverage.

Missouri voters will also have an opportunity to determine whether Medicaid eligibility is expanded in their state, with a ballot initiative that will be on the state’s August 4, 2020 primary ballot. Conservative advocacy organizations United for Missouri and Americans for Prosperity-Missouri had filed lawsuits in an effort to block the measure from appearing on the ballot, but a judge has dismissed the lawsuits. The organizations, which espouse limited government and are opposed to Medicaid expansion, plan to appeal. But for the time being, the measure is still slated to be on the state’s primary ballot in August.

Illinois lawmakers have passed a budget implementation bill that will open up the state’s Medicaid program to undocumented residents over the age of 65 whose income (after deducting the costs of “medical or other remedial care”) does not exceed the poverty level. Gov. J.B. Pritzker has said he will sign the legislation. Medicaid coverage for undocumented low-income senior citizens in Illinois would then become available at the start of the 2021 fiscal year, on July 1, 2020. California recently made headlines with its Medicaid coverage for undocumented residents through the age of 25, but Illinois will be the first state to offer Medicaid to all low-income senior citizens, regardless of immigration status. California had been working on legislation to expand Medicaid to cover undocumented seniors, but it was tabled amid the budget shortfalls caused by the COVID-19 pandemic.