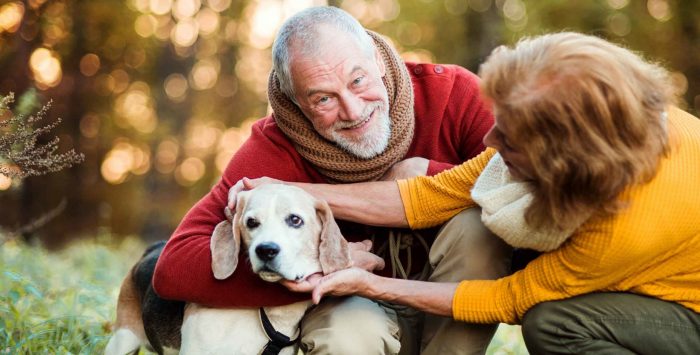 As of late 2021 there were 952,853 people enrolled in Medicare in Kentucky. That’s about 21% of the state’s total population, compared with about 19% of the United States population covered by Medicare.

The rest of the state’s Medicare beneficiaries have opted instead for coverage under Original Medicare, which is Medicare Part A and Part B, administered directly by the United States government.

Medicare Advantage plans provide all of the benefits of Original Medicare, including hospital and outpatient/physician care (but the out-of-pocket costs can vary considerably from what they’d be under Original Medicare). Most Advantage plans also include Medicare Part D coverage for prescription drugs, and many include extra programs like gym memberships, nurse hotlines, and coverage for dental and vision services. But provider networks tend to be more limited with Advantage plans, and out-of-pocket costs vary from one plan to another. There are pros and cons to either option, and different solutions that work for different people.

Medicare Advantage plans are offered by private health insurers that have varying service areas, so plan availability varies from one part of the state to another. In some counties in Kentucky, there are more than 40 plans available for 2022, although some counties have fewer than 30 Medicare Advantage plans available. But plan availability in Kentucky is much more uniform than we see is many other states, where the discrepancy between rural and urban areas is often much more significant.

In Kentucky as of 2022, there are 59 insurers offering Medigap plans.

Medigap plans are standardized under federal rules, and people are granted a six-month window, when they turn 65 and enroll in Original Medicare, during which coverage is guaranteed issue for Medigap plans. But federal rules do not guarantee access to a Medigap plan if you’re under 65 and eligible for Medicare as a result of a disability. Two-thirds of the states have adopted rules to ensure at least some access to Medigap plans for disabled enrollees, but Kentucky is not among them; the state’s Medicare supplement guide notes that insurers can use medical underwriting when an applicant is under age 65, even if they apply during the first six months after enrolling in Medicare.

The Medicare plan finder tool shows numerous Medigap plans available to a person under age 65 in Kentucky, particularly for Plan A, F, and G (in other states where the state doesn’t have rules to require this, availability of Medigap plans for people under age 65 tends to be very limited, with perhaps only one or two insurers voluntarily offering plans). But the Kentucky Department of Insurance confirmed that the state’s Medigap insurers are allowed to use medical underwriting when a person is applying outside of their Medigap initial enrollment period, and that applies to everyone under the age of 65 (since the Medigap initial enrollment period doesn’t begin until a person is at least 65).

The Department of Insurance noted that although KY Rev. Stat. § 304.17-311 has, for many years, required insurers to “make available upon request Medicare supplement insurance for persons not eligible for Medicare by reason of age,” this does not mean that the plans are guaranteed issue. “Make available” in this case just means that the insurer has to allow people to submit an application. But the application can be rejected if the person does not meet the insurer’s underwriting guidelines.

And if an applicant is approved for Medigap coverage under the age of 65, the prices are higher for those plans than they would be for a 65-year-old applicant. Enrollees can call the insurers directly, or reach out to the Kentucky State Health Insurance Assistance Program for assistance.

There are several states (Alaska, Iowa, Nebraska, North Dakota, South Carolina, Washington, and Wyoming) that don’t require private Medigap insurers to offer plans to people under 65, but that have maintained their pre-ACA high-risk pools in order to offer supplemental coverage to Medicare enrollees who are unable to obtain Medigap coverage. But Kentucky’s high-risk pool ceased operations in 2013.

Disabled Medicare beneficiaries under age 65 have the option to enroll in Medicare Advantage plans, which do cap out-of-pocket costs and cannot discriminate based on an enrollee’s age or health status. All Medicare beneficiaries are eligible for Medicare Advantage plans if the plans are available in their area (this now includes people with end-stage renal disease; prior to 2021, people with kidney failure could not join an Advantage plan unless there was an ESRD special needs plan available in their area).

For 2022 coverage, there are 23 stand-alone Medicare Part D plans available in Kentucky, with premiums ranging from $7 to $93 per month.

Medicare’s annual open enrollment period in the fall (October 15 to December 7) is an opportunity for people to change their Part D coverage for the coming year. Medicare Part D enrollment selections made during this window take effect on January 1.


How does Medicaid provide financial assistance to Medicare beneficiaries in Kentucky?

Our guide to financial assistance for Medicare enrollees in Kentucky includes overviews of these benefits, including long-term care coverage, Medicare Savings Programs, and eligibility guidelines for assistance.

Medicare in Kentucky: Resources for beneficiaries and their caregivers

You can contact the Kentucky State Health Insurance Assistance Program for questions and information related to Medicare coverage in Kentucky, Medicare eligibility in Kentucky, or for help understanding your benefits or the process of filing for Medicare benefits.

The Kentucky Department of Insurance regulates and licenses the state’s health insurance companies and the brokers/agents who sell policies in Kentucky. They can answer questions, provide consumers with information and assistance, and address complaints about the entities they oversee.

This overview of how Kentucky Medicaid can help Medicare beneficiaries with low income and low asset levels is a useful resource for beneficiaries and their caregivers.

The Medicare Rights Center is a nationwide service, with a website and call center, that can provide assistance and information related to a variety of Medicare questions and scenarios.