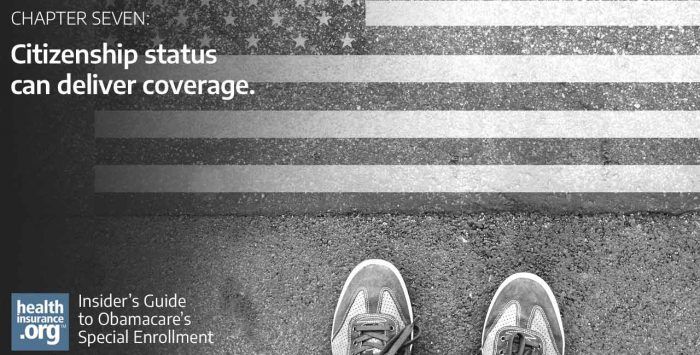 Becoming a U.S. citizen, U.S. national, or lawfully present resident is a qualifying event that triggers a 60-day special enrollment period in the exchanges. 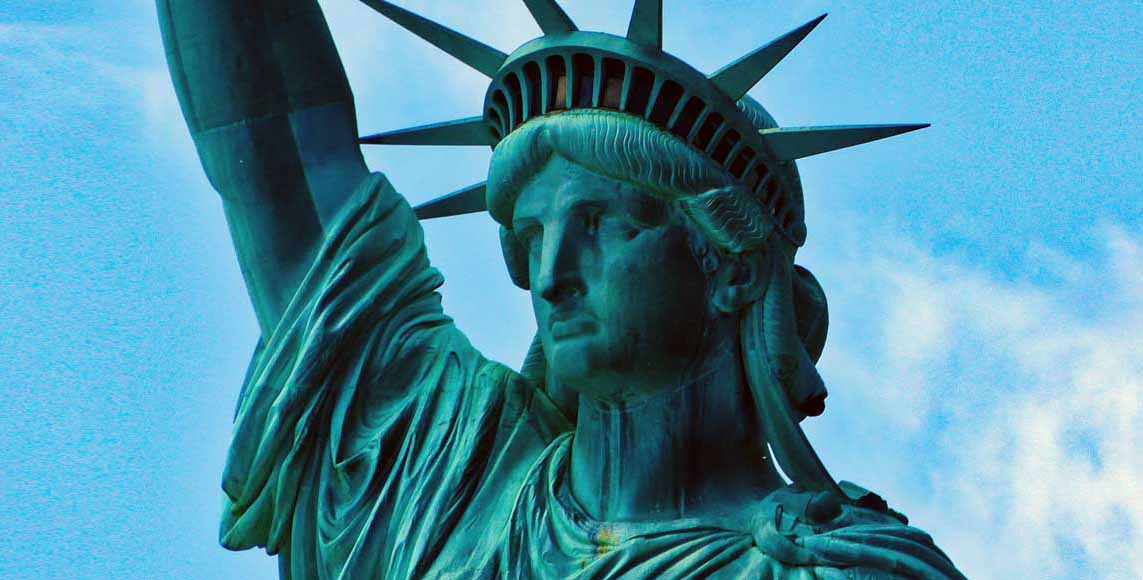 You don’t have to be a citizen to benefit from the ACA. In fact, you may already have access to its coverage and subsidies.

Unlike the other qualifying events, this one only applies if you’re enrolling through the exchange. Off-exchange, carriers can allow this special enrollment period or not – it’s at their discretion.

Read more about how immigrants can obtain health coverage in the United States.

Becoming a U.S. citizen involves successfully completing the naturalization process. Once you gain citizenship, you’ve got 60 days to enroll in a health insurance plan through the exchange, and regular effective date guidelines apply.

So it’s important to note that new U.S. nationals are eligible for a SEP, but they have to move to a U.S. state in order to take advantage of it, since that’s where ACA-compliant plans are offered.

There are a wide range of immigration statuses that qualify as “lawfully present.” Lawfully present U.S. residents can enroll in health plans through the exchange, and have a special enrollment period that runs for 60 days from the date that they gain lawfully present resident status in the U.S. (Note that DACA — Deferred Action for Childhood Arrivals — is not an eligible immigration status, so a person with DACA status cannot use the health insurance exchange to obtain coverage.)

Special rules for new immigrants with income below the poverty level

The SEP triggered by gaining citizenship or lawfully present resident status applies regardless of income, and regardless of whether the person is eligible for premium subsidies in the exchange. But the premium subsidy rules are a little more flexible for new immigrants:

For background, premium subsidies in the exchanges are otherwise only available if the applicant is not eligible for Medicaid and has an income above 100% of the poverty level. Congress added the provision allowing subsidies for lawfully present residents with income below the poverty level because they would otherwise have been shut out of coverage altogether (they’re not yet eligible for Medicaid, and have income too low for subsidies).

In 2012, the Supreme Court ruled that states could not be obligated to implement the ACA’s Medicaid expansion, and as a result, there are 12 states where Medicaid has not been expanded (this will drop to 11 in the summer of 2023, when South Dakota expands Medicaid under the terms of a voter-approved ballot measure). In 11 of those states (all but Wisconsin), there are roughly 2 million people in the coverage gap, with no realistic access to health insurance. Their incomes are below the poverty level, so they’re not eligible for subsidies. And their states have not expanded Medicaid, so they’re not eligible for Medicaid either.

Ironically, it was this exact sort of situation that Congress was trying to prevent – in the case of lawfully present residents who hadn’t been in the U.S. long enough to qualify for Medicaid – when they included Section 36B(c)(1)(B) in the ACA. But they had no idea that the Supreme Court would issue a ruling a few years later that would ultimately throw millions of U.S. citizens into the same sort of health insurance gap.

Prior to 2014, individual market plans generally did not accept applicants who were 65 and older, even if they were ineligible for Medicare. Recent immigrants are not allowed to purchase Medicare until they’ve been in the U.S. for five years.

Before the ACA’s reforms took effect, these older immigrants were in a tough spot for health insurance, since they also weren’t able to purchase individual market coverage. The ACA changed that. People 65 and older who aren’t eligible for Medicare are allowed to purchase individual market coverage, with premium subsidies and cost-sharing reductions if their income makes them eligible, and their unsubsidized premiums cannot be more than three times the premiums charged for a 21-year-old. So a person who becomes a lawfully present U.S. resident has access to the special enrollment period even if he or she is 65 or older.

And premium subsidies are available (depending on the person’s income) in the exchange/marketplace as long as the person is not eligible for premium-free Medicare Part A. This will generally be the case for older immigrants, since they typically don’t have the ten years of work history in the US necessary to qualify for premium-free Medicare Part A. These individuals can continue to receive premium subsidies indefinitely (again, depending on income), since they would have to pay a premium to purchase Medicare Part A once they’ve been in the US for five years. But note that if they ever did want to transition to Medicare, a late enrollment penalty would apply if they continued to use the exchange/marketplace coverage after the five-year mark.