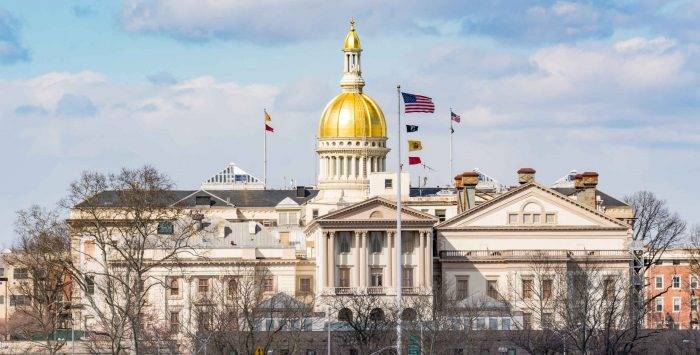 To address the COVID-19 pandemic, most of the fully state-run exchanges opened special enrollment periods this spring, allowing uninsured residents to enroll in health coverage even if they didn’t have qualifying events. Those enrollment windows are ongoing in a few states, and California announced today that their special enrollment period — which had been slated to end on Friday — has been extended for another month and will continue until the end of August.

Lawmakers in New Jersey are considering legislation designed to make individual health insurance more affordable in 2021 and future years. S2676 /A4389 would fund the state’s existing reinsurance program and would also create a state-run premium subsidy program for people who earn up to 400 percent of the poverty level.

The bills were approved by committees in their respective chambers earlier this week, and a full floor vote could come as soon as tomorrow.

Missouri is among the dwindling minority of states that still have not accepted federal funding to expand Medicaid under the ACA. Missouri adults without children are not eligible for Medicaid regardless of how low their income is (unless they are elderly, disabled, blind, or pregnant), and parents or caretakers of minor children are only eligible for Medicaid with a household income that doesn’t exceed 22 percent of the poverty level. (For a household of three, that amounts to about $400 a month.)

Nearly two years ago, voters in Nebraska approved a Medicaid expansion ballot initiative. The state will start accepting applications for expanded Medicaid coverage this Saturday, August 1, for coverage that will take effect in October. Under the expanded eligibility rules, Medicaid is available to adults in Nebraska with household income up to 138 percent of the poverty level. (For a single person, that amounts to about $17,609 this year.) And Medicaid eligibility is based on monthly income, so a person whose income has dropped as a result of a COVID-related job loss might still be eligible for expanded Medicaid, even if they earned more than that amount earlier in the year.

Two insurers plan to join the marketplace in Texas for 2021

When open enrollment begins in November, residents in some areas of Texas will have additional carrier and plan choices. Friday Health Plans, a Colorado-based company, is joining the exchange in Texas and will offer coverage in Austin, Dallas, El Paso, Houston, Lubbock, and San Antonio. In addition, Scott & White Health Plan, which previously offered coverage in the exchange but switched to off-exchange-only after 2016, plans to rejoin the exchange in some areas of the state.

The insurers that offer plans in the Texas exchange have filed proposed rate changes for 2021, and preliminary details are available in SERFF. The proposed rate changes are mostly modest increases, but one company plans to decrease rates slightly for 2020, while some others are proposing double-digit percentage increases in their rates.

The Connecticut Insurance Department is in the process of reviewing the rate filings. Regulators in Connecticut typically approve rates that are smaller than the insurers’ initial proposals. Last year, the insurers proposed an overall average rate increase of 7.8 percent, but the insurance department approved an average increase of less than half that amount.

Rhode Island has two individual-market health insurers, both of which offer coverage in the state’s exchange. Earlier this week, the Rhode Island Office of the Insurance Commissioner published rate filing details for 2021 coverage. Blue Cross Blue Shield of Rhode Island has proposed an average rate increase of 3.7 percent for its individual market plans. Neighborhood Health Plan has proposed an average rate increase of 5.5 percent. Across both insurers, the weighted average proposed rate increase is about 5 percent. The rate proposals are under review by state regulators, and could change before they’re finalized.

Of Americans who selected marketplace plans during OEP, 93.5% effectuated their coverage

This year, 93.5 percent of the people who enrolled during open enrollment went on to effectuate their coverage, which is the highest that number has ever been. So although the number of plan selections during open enrollment was slightly lower for 2020 than it had been for 2019, the number of people with effectuated marketplace coverage in February 2020 was higher than it had been in February 2019.

The report that CMS published last week only shows effectuated enrollments as of February. Current effectuated enrollment in the exchanges nationwide is almost certainly higher now than it was in February, due to the migration of people from employer-sponsored coverage to individual market coverage during the COVID-19 pandemic.