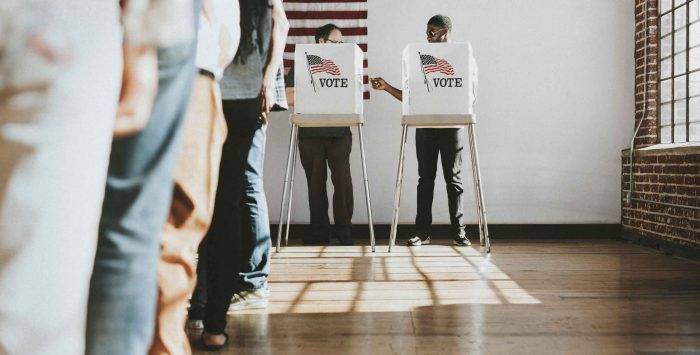 Starting this Sunday, November 1, people in every state will be able to shop for 2021 individual-market health coverage. This window applies to about 13 million people who already purchase their own health coverage (as opposed to getting it from an employer or from the government through programs that include Medicare and Medicaid). But millions of currently uninsured Americans can also use the upcoming open enrollment period to secure health coverage for 2021.

As always, it’s important to actively shop and compare the available plan options for 2021, even if you’re happy with the plan you currently have. According to CMS, 30 percent of HealthCare.gov enrollees who receive premium subsidies will have access to at least one plan with premiums under $10/month for 2021, and nearly three-quarters will be able to get a plan for under $75/month. Nearly everyone will have access to HSA-qualified high-deductible health plans, which are necessary if you want to be able to contribute to a health savings account. And more than a third of counties in HealthCare.gov states will have at least one Gold plan priced below the benchmark Silver plan, resulting in very low-cost Gold coverage for people who are subsidy-eligible.

But there’s a lot more to it than just premiums! It’s important to pay close attention to the coverage specifics and the provider network. Got questions? Seek help from a broker or navigator in your area. Your price will still be the same, but you’ll have someone to help you sort out the details.

Our guide to open enrollment for 2021 health coverage is a comprehensive overview of what you need to know if you or a loved one are shopping for your own health insurance this fall. (We also have a guide to Medicare’s open enrollment period, which started earlier this month and continues for almost six more weeks.)

Two weeks ago, nine of the state-run exchanges had already enabled window shopping for 2021 health plans. As of this week, two more – Connecticut and Washington – have joined them, and so has HealthCare.gov, which is used in 36 states.

So although we still have a few days before people can start actively shopping for their 2021 coverage, residents in nearly every state in the country can use anonymous browsing tools to see what’s available in their area for next year, and how much it will cost.

Two of the most-watched ballot measures of 2020 were on primary ballots earlier this year: Voters in Missouri and Oklahoma approved Medicaid expansion initiatives, with expanded coverage eligibility that will take effect in both states in mid-2021 as a result.

But there are some important health care measures on state ballots in next week’s general election:

Georgia’s House Bill 789 – which passed with nearly unanimous support in the state’s legislature in June and was signed into law in July – takes effect this Sunday, November 1. The law is designed to help consumers avoid surprise balance billing, although it only applies to health plans that are regulated by the state, which does not include self-insured group plans. (These cover the majority of people with employer-sponsored health coverage and are regulated by the federal government instead.)

Under HB789, health plans will have to provide details about whether their in-network hospitals’ specialty groups are also in-network. This applies to anesthesiologists, pathologists, radiologists, and emergency medicine physicians, which are the four specialties most likely to be out-of-network and thus leave patients susceptible to surprise balance billing. For each in-network hospital, the insurer will have to show a green checkmark for each specialty that’s also in-network at that hospital, or a red X if the specialty group is not in-network. (A green N/A is allowed if the hospital doesn’t offer that type of specialty service,) If a hospital has fewer than four checkmarks, the insurer has to provide clear details about which specialty group or groups are not in-network at that hospital.

Oral arguments in the lawsuit that could overturn the ACA – California v. Texas, which was called Texas v. Azar when it was in the lower courts – will be heard by the Supreme Court on November 10. With Amy Coney Barrett’s confirmation, the Court now has a 6-3 conservative majority, and there is a considerable amount of anxiety over how the Court will eventually rule in this case, sometime next year. As we explained last week, the result of the ACA being overturned would be dire, with millions of Americans losing their health coverage as a result.

Numerous states have taken action at the state level to preserve at least some of the ACA’s consumer protections in case the law is overturned, but the loss of the ACA’s federal funding (for Medicaid expansion and premium subsidies) would be a substantial hurdle.

Amy Lotven reported this week that the contract insurers signed with HHS to offer plans through HealthCare.gov includes an “exit clause” that would allow the insurers the option to end their contracts with the federal government if the ACA’s premium tax credits are terminated. Although there is currently no viable legislation that could end the premium tax credits, they would end if the Supreme Court were to overturn the ACA (as would all of the rest of the ACA’s consumer protections, which extend far beyond pre-existing conditions).

But although the oral arguments in the case will be heard in November, it will likely be several months until the Supreme Court issues an opinion; rulings in important cases typically come in June. And although it’s possible that the Court could overturn the ACA sometime next year, it’s also possible that Congress could pass legislation to shore up the ACA’s consumer protections and ensure that there’s a seamless transition, even if the current law is overturned.

So for now, the take-away message is that people need to enroll in coverage during open enrollment this fall, just as they have for the last seven years. Coverage will take effect January 1, 2021, long before we know how the Supreme Court is going to rule on California v. Texas.