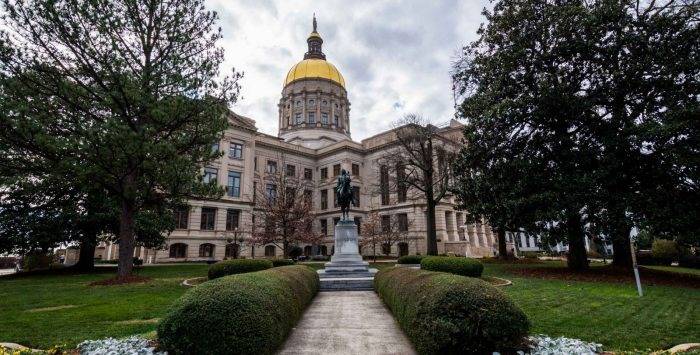 The Trump administration has formally approved Georgia's proposal to cease operation of a health insurance exchange as of 2023. | Image: Christian Hinkle / stock.adobe.com

Although the election has been at the top of many Americans’ minds this week, open enrollment for 2021 individual and family health insurance started last Sunday and is now underway nationwide. This enrollment window is for people who need to buy their own health insurance. (They don’t get coverage from an employer or from a government-run program such as Medicaid or Medicare.) 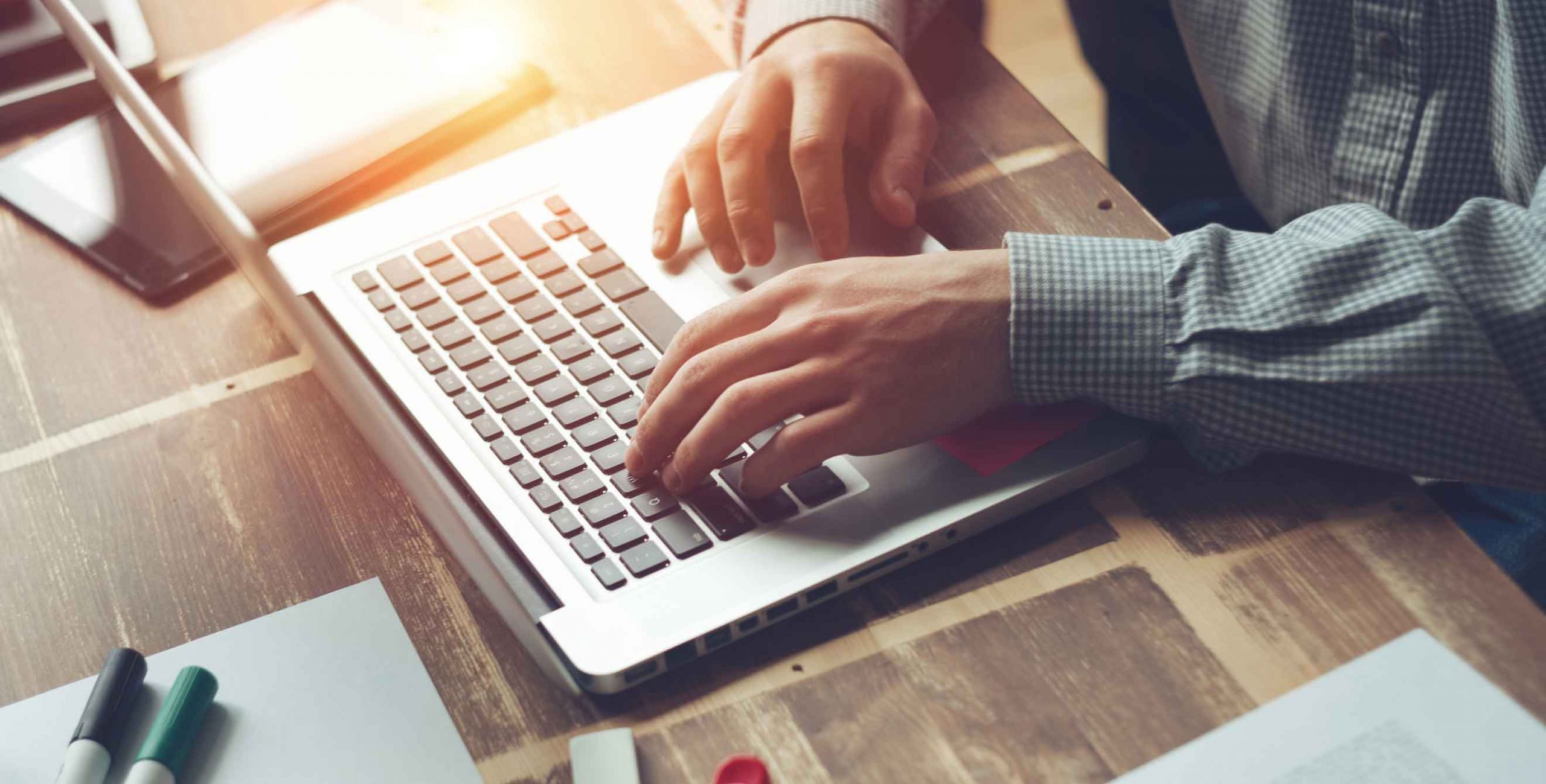 The annual Medicare open enrollment period is also ongoing, but it follows a slightly different schedule.

If you’ve got questions about the individual and family open enrollment period, we’ve got a comprehensive guide that will likely answer them.

In most states, open enrollment will end on December 15, although Washington, DC and 10 states have later enrollment deadlines.

It’s important to understand that the annual open enrollment period is your only chance to purchase individual major medical coverage for 2021 — through the exchange or outside the exchange — unless you experience a qualifying event during the year.

On Sunday, the same day that open enrollment started and just two days before the election, the Trump administration formally approved Georgia’s proposal to stop having a health insurance exchange as of 2023. Georgia is using a 1332 waiver for this change, and is also incorporating a reinsurance program, which will take effect in 2022. Nearly all of the other states that have received approval for 1332 waivers have used them for reinsurance programs, but Georgia’s plans are much more significant.

As of 2023, Georgia will no longer use HealthCare.gov. But unlike other states (Nevada, Pennsylvania, and New Jersey) that have transitioned away from HealthCare.gov in recent years, Georgia has no plans to create a state-run health insurance exchange platform. Instead, the state will rely on existing web brokers, insurance companies, and local agents and brokers to help Georgians enroll in health coverage.

The majority of the public comments that were submitted regarding this change were opposed to it, and consumer advocates are concerned that Georgia residents will inadvertently enroll in non-ACA-compliant plans such as short-term health coverage. (Short-term plans cannot be purchased via HealthCare.gov, but can be purchased via many of the web brokers, insurers, and agents/brokers who will serve as the only enrollment platforms in Georgia as of 2023.) There are also concerns that these enrollment entities will have little incentive to help people enroll in Medicaid or CHIP, since there are no commissions for those types of coverage.

Last week, we told you about some healthcare ballot measures to watch in this election. Here’s how voters decided on those issues:

Public charge rule vacated by a federal judge, but order was stayed on appeal and the rule can continue to be implemented

The Trump administration’s updated “public charge” rule change, which began to be implemented in February of this year, was vacated by a federal judge in Illinois this week, with the judge’s order applying nationwide. That change was short-lived however, as the Seventh Circuit Court of Appeals stayed the decision two days later, allowing the Trump administration’s version of the public charge rule to continue to be implemented while litigation on the case proceeds.

Here’s more about what the public charge rule change entails, as well as details on the administration’s separate health insurance requirements for immigrants, which has also been blocked by the courts.
Under the Trump administration’s public charge rule, Medicaid, SNAP, and TANF benefits have all been added to the list of benefits that can result in an immigrant being labeled as a “public charge” and thus denied lawful permanent residency or entry into the United States. Premium subsidies in the exchange and CHIP coverage are not on the list of public charge benefits, but there is a “heavily weighted positive factor” for immigrants who do not rely on premium subsidies. The intent and effect of the public charge rule are to reduce various public benefits, including health coverage, for immigrants.

Last week, the Trump administration issued a final rule on price transparency in healthcare. The new rule is intended to make it easier for consumers to learn how much their out-of-pocket costs will be before a procedure is performed – instead of having to wait for an explanation of benefits after the fact. The rule also requires insurers to publicize the rates they pay in-network providers, how much out-of-network providers bill and are paid during a specified time period, and prescription drug pricing. At Health Affairs, Katie Keith has an excellent, detailed overview of the new transparency rule.

The transparency rule is slated to be phased in, from 2022 to 2024, and would apply to nearly all private health insurance, including employer-sponsored plans and individual market plans. The rule applies to grandmothered plans and self-insured plans, but not grandfathered plans. And it also doesn’t apply to coverage that’s not regulated by the Affordable Care Act, including healthcare sharing ministries and short-term health plans. It’s noteworthy that the authority for this new rule comes from ACA Section 1311(e)(3), which has to do with transparency and reporting. But while issuing this rule, the Trump administration is simultaneously working to overturn the entire ACA in court, in a lawsuit that the Supreme Court will hear next week.

The idea behind the new transparency rule is to help consumers avoid surprise medical bills, to make comparison shopping easier and drive consumers to the providers who offer the best value, and to increase competition and reduce healthcare costs. But America’s Health Insurance Plans (AHIP) quickly expressed opposition to the new transparency rule, arguing that public disclosure of privately negotiated prices will drive healthcare costs higher rather than lower. And as this thread from Kaiser Family Foundation’s Nisha Kurani illustrates, consumers have been fairly slow to utilize existing price transparency tools that some states have already created.

Pricing transparency in healthcare has long been a priority for the Trump administration, and this rule follows a similar rule that was issued last fall, requiring hospitals to make their charges publicly available. The American Hospital Association sued to block that rule, and the case is currently being appealed. Assuming it’s not overturned on appeal, it will take effect in January 2021.

The results of the presidential election are still pending in many areas, but the likely scenario we’re facing as of January is a Biden/Harris White House, a Democratic-led House of Representatives, and a Republican-led Senate. That divided structure – and the increasingly wide gulf between the two political parties – appears unlikely to result in any substantial healthcare reform legislation being enacted in the near future. But as Andrew Sprung explains, there is a lot that a Biden administration could do to improve access to affordable health coverage and care.

If you’re curious about where we go from here – with a federal government that will continue to be divided for the time being and a variety of pressing healthcare reform needs – you’ll also want to read this piece from Charles Gaba and this one from Dave Anderson, as well as this Twitter thread from Larry Levitt.