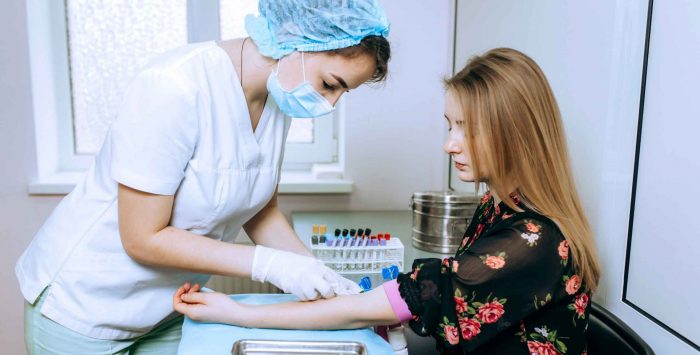 COVID-19 has dominated the news for the last few weeks, with concern levels ramping up rapidly in the last several days. The situation is very much in flux, with drastic changes and updates happening constantly. But states have had varying responses, ranging from a very hands-off, wait-and-see protocol, to much more involved, proactive approaches.

Open enrollment for 2020 health coverage ended several weeks ago, but uninsured residents in some states now have new enrollment opportunities created in response to the evolving COVID-19 crisis:

In America’s patchwork health coverage system, cost is often an obstacle when people need health care. To address this, ten states have ordered state-regulated health plans to provide COVID-19 testing with no cost-sharing:

Numerous other states are asking insurers to cover testing without cost-sharing, but have stopped short of requiring them to do so:

Many of these state bulletins also require or ask insurers to promote telehealth visits for COVID-19, and to allow patients to refill their prescriptions early, in order to prepare for a potential quarantine.

But it’s important to understand that state requirements only apply to state-regulated health plans, and self-insured group plans are regulated by the federal government rather than the state governments.

Well over half of workers with employer-sponsored health plans are covered under self-insured plans. For these plans, the employer – rather than an insurance company – is funding employees’ health care costs, and state health insurance requirements do not apply.

U.S. House Democrats have unveiled a bill that would require all health plans – including self-insured plans – to cover COVID-19 testing. But for the time being, even if you’re in a state that is requiring health plans to fully cover the cost of COVID-19 testing, you’ll want to talk with your employer to determine the details of your coverage if you have an employer-sponsored plan.

You’ll also want to keep in mind that “covered” doesn’t mean “free.” If a state is requiring an insurer to cover the full cost of something (eg, COVID-19 testing, telehealth for COVID-19 treatment, a future vaccine, etc.) they will say something along the lines of “covered with no cost-sharing.” So although the federal government has confirmed that COVID-19 testing falls under the umbrella of essential health benefits, insurers can still apply a plan’s normal cost-sharing requirements (deductible, copays, coinsurance) unless a state has otherwise forbidden it. And large group plans don’t have to include coverage for essential health benefits at all, which further complicates the federal messaging.

But most insurers are offering free COVID-19 testing for members on non-self-insured plans, even in states that aren’t requiring it. However, people who contract COVID-19 and end up needing inpatient care will generally find that they’re on the hook for their plan’s entire maximum out-of-pocket, which can be as high as $8,150 for a single person in 2020. Almost all of the headlines about eliminating cost-sharing have been in reference to testing – and in some cases, telehealth visits – whereas treatment will fall under a plan’s normal cost-sharing rules.

The coverage that can be provided under HSA-qualified high-deductible health plans (HDHPs) is strictly regulated by the IRS. These plans have to comply with minimum deductibles that are set each year by the IRS, and they cannot pay for any services other than preventive care until that minimum deductible is met. But in response to the COVID-19 outbreak, the IRS has now clarified that HDHPs can cover testing and treatment for the disease before the deductible, without the plan losing its HDHP status.

The IRS issued similar transitional relief in 2018, for people in states where health plans were required to cover male contraception with no cost-sharing, so this was not unexpected. But it does help to have clarification that health plans will not lose their HDHP status if they pay for COVID-19-related care pre-deductible.

Several state insurance departments have announced that some or all of the insurers in their state have voluntarily agreed to cover COVID-19 testing without any cost-sharing:

New Mexico has opened up its high-risk pool for uninsured residents who are diagnosed with COVID-19 and unable to obtain other coverage.

North Carolina has announced changes to its Medicaid program to address COVID-19 concerns. The improvements include an increased focus on telehealth, easier access to increased quantities of medications, and easier access to oxygen and related equipment and supplies.

23 states declare a state of emergency

Declaring a state of emergency is a tool that states can use in situations like this, and there’s a rapidly growing list of states that are doing so. Among other things, a state of emergency allows a state to free up money and resources, avoid various rules that would otherwise apply, and better coordinate actions of various state agencies.

At least 23 states and the District of Columbia had declared a state of emergency or public health emergency over COVID-19 as of Wednesday:

A national public health emergency was declared by HHS in late January, and numerous counties, mainly on the west coast, have also declared states of emergency. But President Trump is reluctant to issue a full emergency declaration — which would bring in the Federal Emergency Management Agency and extensive additional federal funding — because it would run counter to the approach he’s been taking thus far, which is to downplay the seriousness of the situation.