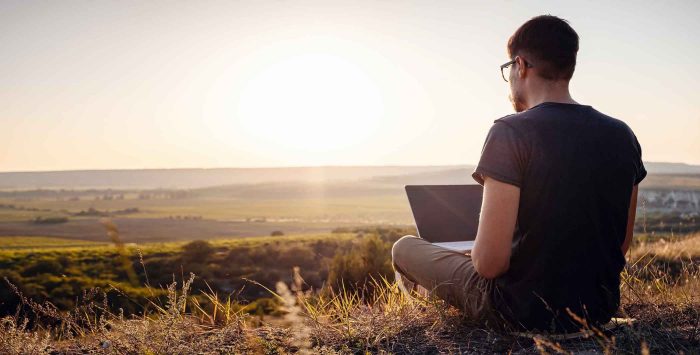 If you don’t qualify for subsidies, you have the option to shop outside the exchange, everywhere except Washington, DC, where there is no off-exchange market. | Image: Yuriy Seleznev / stock.adobe.com

Q. I buy my own health insurance, and earn a little too much to qualify for the government subsidies that are available in Obamacare’s exchanges. If I’m not getting a tax credit, is there any reason I should shop in the exchange?

A. If you don’t qualify for subsidies, you have the option to shop outside the exchange, everywhere except DC, where there is no off-exchange market. And even if you are eligible for subsidies, nobody is forcing you to shop in the exchanges. You can shop off-exchange if you like, but you won’t be able to claim the subsidies — which are a tax credit — either up-front, or on your tax return. And for 2021 and 2022, you might find that you are eligible for a premium tax credit, even if you weren’t in previous years.

The American Rescue Plan (ARP), enacted in March 2021, makes health insurance coverage more affordable for millions of people who buy their own health insurance. One of its provisions is the elimination of the “subsidy cliff” for 2021 and 2022. Normally, there are no subsidies available if an enrollee’s household income is above 400% of the poverty level, regardless of how much of their income they’ll have to pay in premiums. But under the ARP, people who earn more than 400% of the poverty level are eligible for premium subsidies if they would otherwise have to pay more than 8.5% of their household income for the benchmark silver plan.

So depending on your age, location, and income, you might find that you’re subsidy-eligible for 2021 and 2022, even if you weren’t in the past.

On-exchange and off-exchange: ACA-compliant either way

All individual major medical health insurance plans with effective dates of January 2014 or later are fully compliant with the ACA, regardless of whether they’re sold in the exchanges or outside the exchanges. They all cover the essential health benefits, cap out-of-pocket costs, include coverage for pre-existing conditions, and do not place dollar limits on lifetime or annual benefits.

In addition, carriers have to put all of their individual market plans in a state in a single risk pool for the purpose of setting rates, so it doesn’t matter if a carrier’s on and off-exchange plans have different levels of enrollee health; everyone is counted together. (Carriers that only sell off-exchange plans obviously don’t have any on-exchange business to mix into their risk pool.)

Your subsidy eligibility might change later in the year, but only plans purchased through the exchanges can be eligible for premium subsidies or cost-sharing subsidies. So at that point, you’d have to be willing and able to switch to an on-exchange plan in order to take advantage of the subsidy eligibility.

In order to do that, you’d normally need to have a qualifying event that would trigger a special enrollment period (otherwise, you’d have to wait until the annual open enrollment period to switch to an on-exchange plan for the coming year, although as noted above, the rules are different in 2021). The list of qualifying events is relatively comprehensive, and since 2020 it does include a change in subsidy eligibility. But switching to a new plan mid-year could mean that your deductible and out-of-pocket maximum reset to $0 (if you’re enrolling in the same plan on-exchange, check with the insurer to see if they’ll allow you to carry over your accumulated out-of-pocket expenses to your on-exchange version of the plan).

If you were already enrolled in a full-price plan through the exchange (assuming it’s not a catastrophic plan) you could just notify the exchange of your change in income or circumstances and start receiving a subsidy at that point. Or you could continue to pay full price for your plan and claim the premium tax credit on your tax return the following spring. This is much more straightforward than having to switch plans mid-year.

But on the other hand, if the plan you need (due to a certain provider network or covered drug list, for example) is only offered outside the exchange, you might have a compelling reason to shop outside the exchange. And if you want to purchase a Silver plan and aren’t eligible for a subsidy, you might find that the plan is less expensive if you shop off-exchange. This is due to the way insurers in most states have dealt with the fact that the federal government no longer reimburses them for the cost of cost-sharing reductions (CSR). The most commonly used solution, known as silver-loading, involves adding the cost of CSR to on-exchange silver plans. But it’s also possible to avoid the cost of CSR in most states by purchasing a non-silver plan in the exchange, which might prove to be the best solution for some enrollees.

It’s also important to note that there are still health plans on the market that are not regulated by the ACA. These plans are sold outside the exchange, and they are NOT marketed as regular individual major medical health insurance. They include things like short-term health insurance, limited benefit policies, accident supplements, critical illness plans, and health care sharing ministries.

You can still buy these plans, but they are generally not designed to serve as stand-alone coverage. If you’re shopping off-exchange, make sure that the plans you’re considering are actually individual major medical coverage, rather than excepted benefits.