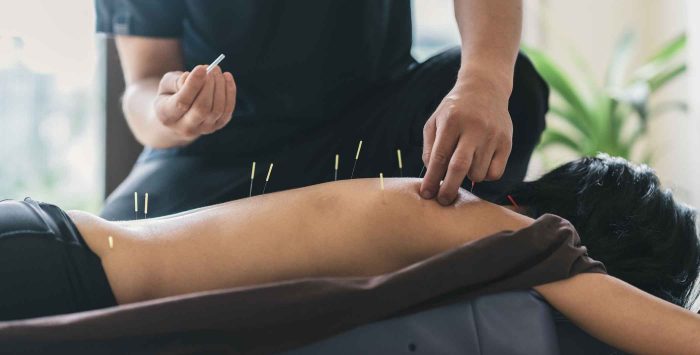 Open enrollment for 2021 individual/family health plans ended weeks ago in most of the country, but it’s still ongoing in California, New Jersey, New York, and the District of Columbia. In all four areas, however, open enrollment ends this Sunday, January 31. After that, people in those areas will need a qualifying event in order to enroll, although New York’s COVID-related special enrollment period (details below) will still allow people who don’t have health insurance at all to enroll in coverage for another two months.

Although open enrollment has already ended in Maryland and Massachusetts, and will end in New York on Sunday, all three states have announced COVID-related special enrollment periods for uninsured residents, with the following deadlines:

It’s widely anticipated that the Biden administration will open a COVID-related special enrollment period via HealthCare.gov, with an executive order that’s expected to be signed tomorrow. Other state-run exchanges might then follow suit. In a recent letter to President Biden, several of them indicated they would like to coordinate with the federal government on this so as to create a unified national approach to reaching the remaining uninsured population. As Dave Anderson notes, an enrollment period at this time of the year might be easier for uninsured people to manage than the regular annual open enrollment period in the fall.

State legislators introduced SB1346 in Arizona’s Senate this week, calling for the removal of the state’s existing ban on abortion coverage for qualified health plans. Similar bills were introduced in Texas (SB448 and HB1362), and the Texas bills would also ensure that the state Medicaid program covers abortion services.

Last week, the Virginia Senate passed a similar bill by a vote of 20-17. Its companion bill, HB1896, passed in the House of Delegates this week, and the measure has now been sent to Gov. Ralph Northam for his consideration.

Hawaii does not prohibit qualified health plans from including abortion coverage, but new legislation introduced in Hawaii’s Senate would codify a requirement that individual and group insurers cover a variety of preventive and reproductive health benefits. The list of services that would have to be covered under the legislation includes many that are already required under the ACA (just in case the ACA is overturned by the Supreme Court), but also includes abortion services.

Democratic lawmakers in Connecticut’s House of Representatives have introduced legislation that would create a single-payer health coverage system in the state. It would include coverage for medical and prescription services as well as things like dental, vision, and long-term care, would be funded via taxes as opposed to premiums (plus pass-through funding from a 1332 waiver), and would have no cost-sharing (deductibles, copays, coinsurance).

That bill is a long shot; similar efforts in Vermont and Colorado failed over the last several years. But Connecticut is a state to watch this year in terms of health care reform legislation. Lawmakers have been pushing for a public option and are considering reinstating the health insurance tax that used to be assessed by the federal government, with the proceeds used to make health coverage more affordable. New Jersey used that approach and has used the revenue to create state-funded premium subsidies that are making coverage more affordable as of 2021.

Legislation introduced in Hawaii would continue progress toward single-payer system

More than a decade ago, Hawaii created the Hawaii Health Authority (HHA), tasked with developing a universal health coverage system for everyone on the Hawaiian Islands. But the HHA stalled when the Affordable Care Act came on the scene. With the COVID pandemic highlighting the cracks in the state’s current health coverage system (which is robust but highly linked to employment), advocates began pushing to revitalize the HHA and its mission.

Last week, Hawaii Representative Scott Saiki (D, District 26, and House Speaker) introduced legislation (HB192 and HB164) that would authorize and fund the HHA “to continue planning for the adoption of a universal, publicly-administered, healthcare-for-all insurance model with a single payout agency.”

Legislation was introduced last week in Virginia’s House of Delegates that calls for the state to create a reinsurance program and seek federal pass-through funding via a 1332 waiver. Fourteen states already have reinsurance programs – which tend to have fairly broad bipartisan support – and they are highly effective in terms of bringing down full-price premiums, making it easier for people who don’t get premium tax credits to afford individual health insurance. But lawmakers in some states have pushed back against reinsurance programs over the last few years, due to disagreements over how the state’s portion of the funding should be raised.

Acupuncture is not currently a state-mandated benefit in New York, nor is it covered under the state’s benchmark plan, upon which individual and small group plans must be based (some health plans in New York’s marketplace do voluntarily provide acupuncture benefits). A bill was introduced last week in New York’s Assembly that would require health insurance plans sold in the New York marketplace/exchange to cover acupuncture. If enacted, it would apply to any health plans issued or renewed on or after 90 days from the date of enactment.

But Gov. Michelle Lujan Grisham announced earlier this month that the Health Care Affordability Fund would be a legislative priority in 2021, and the legislation to get the ball rolling on this was introduced in New Mexico’s House of Representatives last week.

Over the last few years, voters in six states have approved Medicaid expansion ballot measures. As a result, Medicaid expansion has already taken effect in Maine, Idaho, Utah, and Nebraska, and will take effect this summer in Missouri and Oklahoma.

Of the dozen states that have still refused to expand Medicaid, only Florida, Mississippi, and South Dakota have constitutions that will allow Medicaid expansion via a ballot initiative. And advocates in all three states are working to get Medicaid expansion measures on the 2022 ballots.

Signatures were previously gathered for a ballot measure in Florida, but that effort was derailed in 2019. Advocates are hoping to revive the same ballot measure and continue collecting signatures this year. South Dakota’s ballot initiative and constitutional amendment were approved for circulation last fall, and signatures must be turned in by early November 2021. Advocates in Mississippi do not yet have their ballot initiative language finalized, but are hoping to begin gathering signatures this spring. Two bills have also been introduced in Mississippi to expand Medicaid legislatively, but they’re a long shot given the general opposition in the GOP-led legislature.