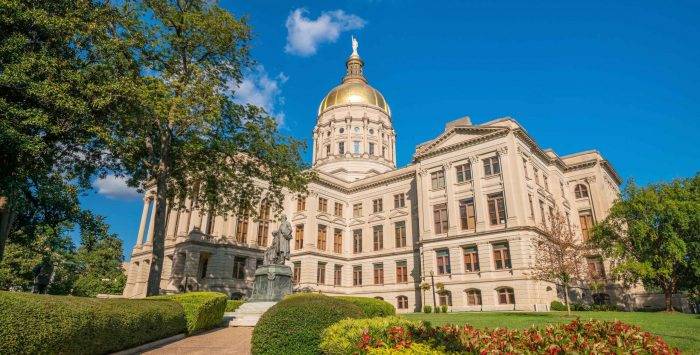 Georgia is moving to implement a reinsurance program in 2022 instead of 2021, and has scaled back proposed changes for how people would receive premiums subsidies and purchase individual-market health insurance in the state. | Image: f11photo / stock.adobe.com

For uninsured residents in Maryland who need 2020 ACA-compliant health insurance, today marks the end of a special enrollment extension created in response to pandemic. After today, normal special enrollment period rules will apply for people who aren’t eligible for Medicaid/CHIP. This means Maryland residents will need qualifying events in order to sign up for coverage, and in many cases, prior coverage will also be required.

New York‘s COVID-19 enrollment window had also been scheduled to end today, but the governor has extended it for another month, through August 15, 2020.

These enrollment windows were established to address the COVID-19 pandemic, and allow uninsured residents to enroll even if they don’t have a qualifying event.

Georgia is seeking delays and modifications to its wide-ranging healthcare reform proposals that are being considered by CMS. Late last year, Georgia unveiled a proposal to make significant changes to how residents buy individual health insurance in the state, along with a proposal for a reinsurance program. Earlier this year, Gov. Brian Kemp asked CMS to pause its review of the rest of the state’s proposal and focus on an expeditious review of the reinsurance program, in hopes that it could be approved in time to be incorporated into the premiums that insurers would submit for 2021.

But now, as a result of the “significant changes in the healthcare landscape across the country,” Georgia has proposed modifications to the proposal. The state is now seeking to begin the reinsurance program in 2022 instead of 2021, and has scaled back its proposed changes for how people would receive premiums subsidies and purchase individual-market health insurance in the state. Georgia still wants to move away from using HealthCare.gov, but is now proposing that the federal government continue to issue premium subsidies, as opposed to having the state manage this. And while Georgia had previously proposed a system that would have allowed premium subsidies to be used for QHPs and non-QHPs, the modified proposal calls for subsidies to only be available to offset the cost of QHPs, as is currently the case nationwide.

Bright Health plans to expand its coverage area in 2021, after expanding into several new states this year. Bright’s individual-market plans will be newly available in Illinois for 2021, and the insurer will also expand its existing footprint in North Carolina and Florida, making plans available to more people in those states.

Minnesota’s individual-market insurers have proposed fairly modest rate changes for 2021, ranging from a decrease of more than 1 percent to an increase of about 7 percent. There are currently four insurers that offer plans through MNsure – Minnesota’s state-run health insurance exchange – and one insurer, PreferredOne Insurance Company, that offers plans only outside the exchange.

COVID-19 effect on Medicaid enrollment varies from state to state

Andrew Sprung has spent the past few months closely following how states are using and promoting their Medicaid programs to ensure that people have health coverage as the COVID-19 pandemic wreaks havoc on the job market. People who lose their income and their employer-sponsored health insurance are, in most states, eligible for Medicaid until their income rebounds. But people often don’t know this, and health coverage resources don’t always make this explicitly clear. This is compounded by the fact that a person who is Medicaid-eligible based on current monthly income might also be eligible for a premium subsidy for a marketplace plan based on total annual income, and might not know which option will best fit their needs.

This week, Sprung has a summary of how Medicaid enrollment has changed this year in 15 states, all of which expanded Medicaid under the ACA. The details vary from one state to another, with barely any enrollment increase in some states, and double-digit increases in others. (A caveat is that some states report their total Medicaid enrollment, while others only report their managed care enrollment or their Medicaid expansion enrollment.) We also know that even in states that have not expanded Medicaid, enrollment in Medicaid has grown as a result of the pandemic, with growth that varies from one state to another.

Number of uninsured American adults increases by 5.4 million due to pandemic

A new analysis by Families USA indicates that between February and May of this year, at least 16 million American workers lost their employer-sponsored health insurance. And while the majority of them were able to secure new coverage – via a spouse’s plan, Medicaid, a new employer, or the individual market – an estimated 5.4 million of them became uninsured. This is by far the largest increase in the uninsured rate in U.S. history, and it occurred in just three months. (For context, 3.9 million people became uninsured during the 2008-2009 recession.)

There are now eight states where more than 20 percent of adults are uninsured. Not surprisingly, seven of those eight states have not yet expanded Medicaid, leaving workers with income below the poverty level in the coverage gap. There is also an alarming overlap between the states with the highest uninsured rates and the states that are experiencing the sharpest growth in COVID-19 cases. The Families USA report highlights how Congress could address the loss of coverage crisis by incorporating robust health coverage protections in the next COVID-19 relief legislation.

Last week, a federal judge in Maryland vacated a Trump administration rule that would have required health insurers to send separate invoices to policyholders to cover the cost of abortion coverage, with the abortion coverage invoice amounting to at least $1/month. (Insurers have noted that abortion coverage actually costs less than this, but that’s the minimum required by the ACA.) If the judge hadn’t vacated the rule, it would have taken effect next month.

The court ruling noted that HHS had not provided justification that the rule was necessary in order to comply with the ACA, and that insurers were being asked to make substantial administrative changes in the middle of the plan year, with very little notice. The judge also noted that the rule would have resulted in undue confusion and burden for the policyholders who would have had to start paying two invoices each month instead of one.

Grandfathered health plans are policies that were already in effect when the ACA was enacted in 2010, and that have not made significant changes since then. As of 2019, grandfathered plans covered more than one out of every eight workers with employer-sponsored health insurance. Grandfathered plans are required to follow some ACA regulations, but are exempt from others. These plans are allowed to increase cost-sharing requirements each year, but with restrictions.

Last week, the Supreme Court upheld a Trump administration rule that allows employers to refuse to cover contraception as part of their employer-sponsored health plan if they have “sincerely held religious or moral objections to such coverage.” The ACA requires health plans to cover certain preventive care with no cost-sharing, and the law specified that the Health Resources and Services Administration would develop guidelines for specific preventive care services that should be covered for women. HRSA’s guidelines include all types of FDA-approved contraceptive measures for women, requiring all non-grandfathered health plans to fully cover the cost of at least one version of each FDA-approved contraceptive.

But this was quickly challenged in court, with exceptions created for religious entities, and an accommodation developed by the Obama administration that allowed women to maintain access to fully covered contraception in those cases, with the employer’s insurer or third-party administrator covering the cost of the contraception, instead of the employer. In 2018, the Trump administration broadened the exemption rules, allowing religious or moral exemptions, and making the Obama administration’s accommodation optional instead of required. The Supreme Court’s ruling allows employers wide latitude for opting out of covering contraception, but it also opens the door for additional legal attacks on the ACA, as explained here by Ian Millhiser.